Apple has announced the Mac Studio and Studio Display, a desktop combo that’s powered by either the M1 Max or the company’s new M1 Ultra and is significantly more powerful than the 27-inch iMac or high-end Mac Pro.

Apple says the Mac Studio was designed around three ideas: performance, connectivity, and modularity. The result is an all-new computer design from the company that allows users to build the “studio of their dreams”.

Apple’s new Mac Studio is an extremely compact computer at just 3.7 inches tall, a size that Apple was able to achieve thanks to the efficiency of the M1 Max or M1 Ultra processor. It uses what Apple describes as an innovative thermal system combined with a unique dual-sided fan that moves air over the power supply, through channels on the thermal module, and out of the chassis. The company claims that thanks to the high efficiency of the M1 Max and Ultra, the fan and cooling system are not heavily strained, which means the system runs very quietly.

The Mac Studio offers several connection options. On the back are four Thunderbolt 4 ports, 10 gigabit Ethernet, two USB-A ports, an HDMI port and a “pro audio” jack. On the front are either two USB-C ports supporting transfer speeds of up to 10Gb/s with the M1 Max, or two Thunderbolt 4 ports with the M1 Ultra. There’s also an SD card slot right on the front. The Mac Studio also supports WiFi 6 and Bluetooth 5.

The Mac Studio can support up to four Pro XDR displays and one 4K TV at the same time.

M1 Ultra pushes those benchmarks even further. Processor performance is up to 3.8 times faster than iMac with 10-core processor and up to 90% faster than Mac Pro with 16 cores. The Mac Studio is up to 60% faster than a 28-core Xeon on the Mac Pro. 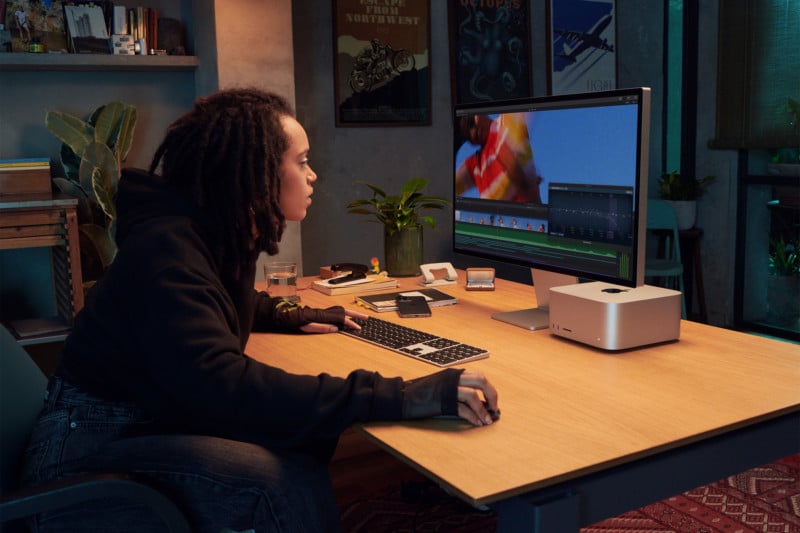 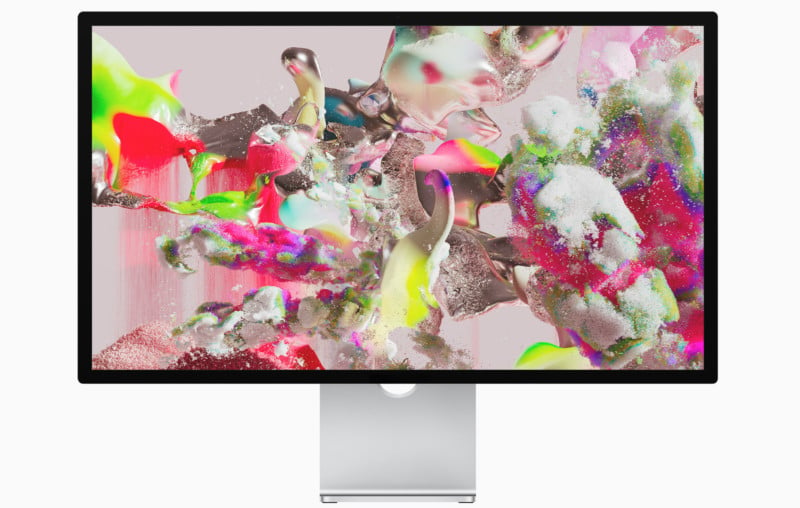 To accompany the new Mac Studio, Apple also announced a new Studio Display. This new, more affordable iteration of its Pro Display XDR shares a lot in common with that professional display. It features narrow bezels, an all-aluminum casing, and a slim profile. It comes with a tilt stand that allows up to 30 degrees of tilt, but Apple also offers a tilt and height adjustment stand and a VESA adapter for added versatility.

The display itself is a Retina 5K display supporting 10 billion colors thanks to its 14.7 million pixels at 218 pixels per inch. Apple claims it’s color-accurate and supports true tone, and for users in bright environments, the company’s nano-textured anti-reflective glass is available as an option. 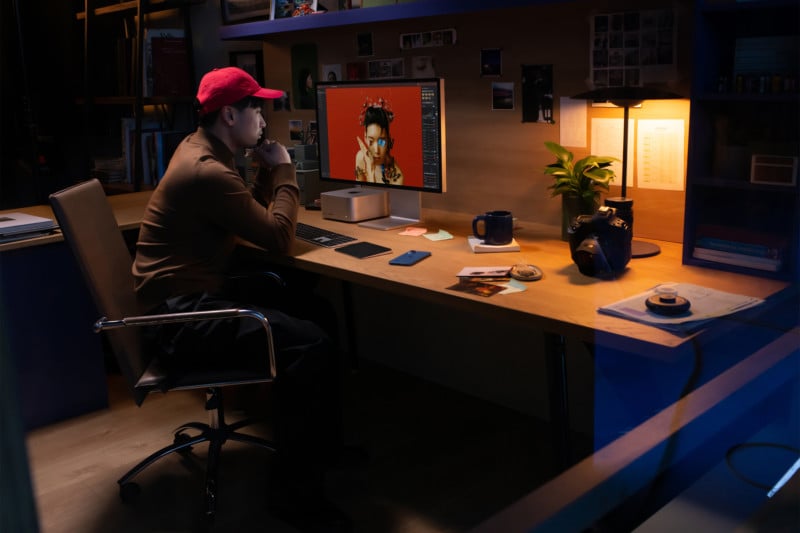 The Studio Display is integrated with the A13 Bionic chip that powers its 12-megapixel webcam and sound system. The camera is the same as found on the iPad and therefore supports the company’s Center Stage functionality.

Audio-wise, the Studio Display has a built-in three-microphone array and six-speaker audio system that Apple says is the most faithful speaker system ever created for a Mac.

For I/O, the Studio Display has three USB-C ports supporting up to 10Gb/s as well as a single Thunderbolt 4 port. It can deliver 96 watts of power and can even fast charge a 14-inch MacBook Pro.

Read also: The best alternatives to the Apple Studio screen

The Studio Display starts at $1,599 and will be available March 18.