Standing atop the lush green grass in front of the Chinook Winds Casino, a lone sentry mannequin dressed in an olive green army uniform portrays the Vietnamese-era American infantry soldier, part of a traveling collection known as Celebration of Honor. 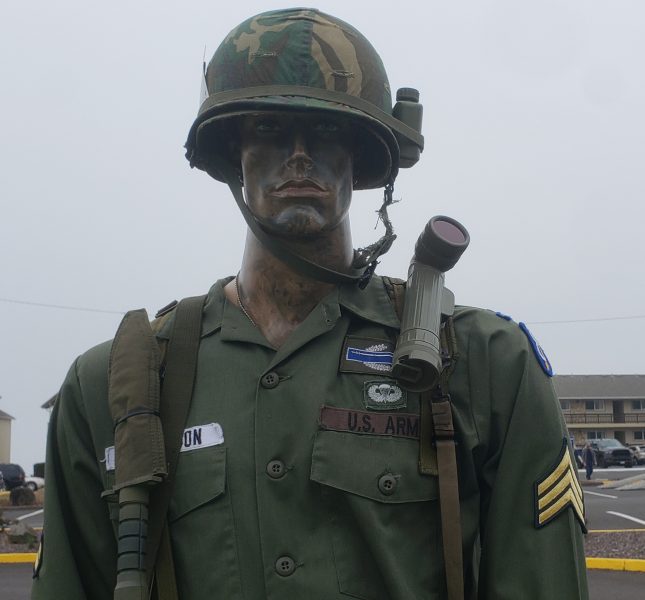 Created 18 years ago by friends and veterans Dana Foley and Ted Henderson to honor and connect with fellow veterans, they travel at their own expense to share their collection of military weaponry. Inside the caravan is a miniature military museum. Shelf after shelf is neatly arranged with different types of weaponry, ranging from mortars to an M2 Browning .50 caliber machine gun. 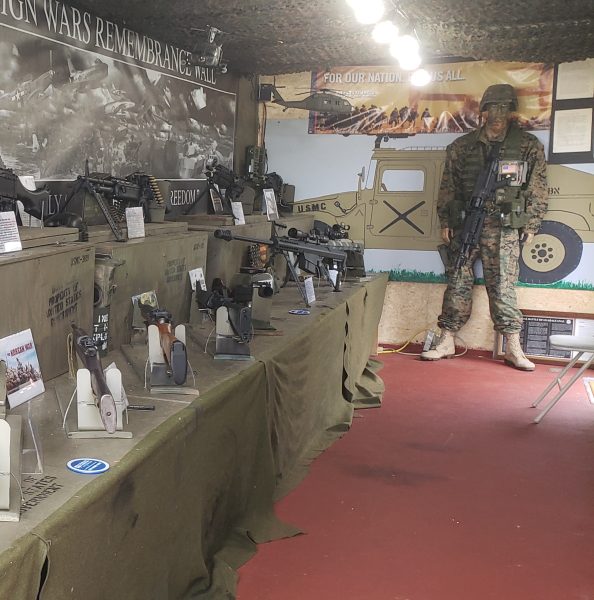 “We started at a car show with just one military truck,” Foley said. “During our last stop in Madras, more than 6,000 people were present. And in Lincoln City, the Confederate Tribe of Siletz Indians really rolled out the red carpet for us.

The exhibit has grown to include not only weapons, but also an impressive display of flags used in honor guard ceremonies.

“It’s kind of up to us older guys to keep going. Younger veterans are busy raising families. he said.

When asked if they had any negative feedback from visitors, Henderson replied:

“I tell people who might be reluctant to approach that these are not weapons of war, they are weapons of freedom.”

The Freedom Celebration continues at Chinook Winds Casino from 8 a.m. to 6 p.m. through Saturday.