OTTAWA – Are you curious to see what Ottawa looks like from above? The city will be on display, in miniature form, at a new attraction in Toronto.

“Little Canada”, is slated to open this summer in downtown Toronto and will begin with five regions across Canada, including Canada’s Capital.

“This is an attraction that takes guests on a journey of miniature discovery of Canada,” said founder and president Jean-Louis Brenninkmeijer.

Upon opening, visitors will see miniature and scale versions of Niagara Falls, Toronto, the Golden Horseshoe Sectors, Quebec City in winter and, of course, Ottawa.

“It’s the capital of Canada; and, if I had to think about opening without it, we’d be missing out on something pretty crucial, ”says Brenninkmeijer.

Little Ottawa includes the Parliament Building, which takes place on Canada Day and is packed with lots of details.

“Especially on Parliament Hill, we have hundreds of miniature figures that we have created and we have a lot of details to celebrate Canada Day,” said visual arts specialist Nur Nuri.

You can also see a replica of the Chateau Laurier, which has a side wall missing to show the details inside. Each hall is decorated and there is an event in the main ballroom.

“Basically we can turn everything into something in our world,” says Nuri.

The Byward Market, including the Market Building, is also on display.

“Representing our capital was extremely important to us here in Little Canada; because we want to give everyone a taste of Canada, just so everyone can enjoy all we have to offer and Ottawa is definitely a wonderful place to do that. “, says Nouri. 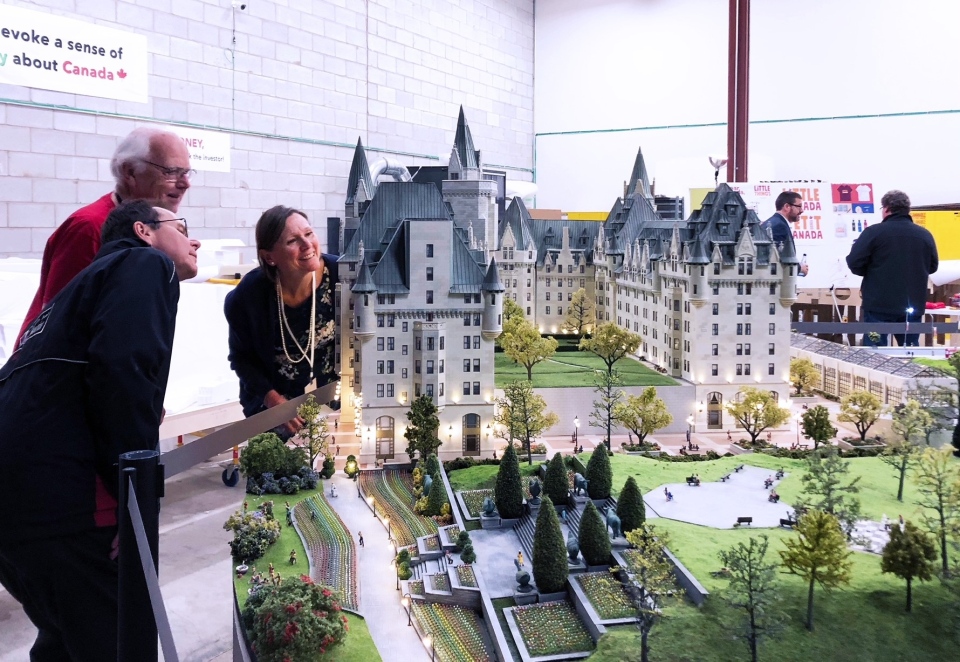 She says even the signs are identical to those found in Ottawa.

“We have a lot of details on the streetscape; we tried to get everything exactly, especially on the street. “

The project has been in the works for about a decade, explains Brenninkmeijer. He moved to Canada in 1999 and was inspired to share his love for Canada through miniature when he visited “Miniature Wunderland” in Hamburg, Germany.

“I went out and said, ‘this is what I want to do for Canada.”

“Little Canada” is located in the tourist area of ​​Yonge and Dundas, and Brenninkmeijer says they plan to open this summer with COVID-19 security protocols in place. They will organize a “guided guest experience”, in small groups to start.

They plan to add other regions of Canada to the exhibit, and guests will be able to see a “construction zone” as staff are busy creating the next section.

“Maybe the most inspiring piece for me is that you go after and learn something about Canada that you didn’t know before.”