the missing house of Hu Quanchun

Designer Hu Quanchun of Field Conforming Studio presents Vanished House, a Memorial facility created for the second East Lake International Ecological Sculpture Biennale held in Wuhan in 2021. Located in Wuhan Shimenfeng Memorial Park, a cemetery with a tranquil spatial atmosphere, the sculptural piece takes the form of a sprawling ivy-covered house, serving as a symbol of a home that erase. Seeking to evoke feelings of memory, the work fits harmoniously into the site and generates a peaceful atmosphere conducive to mourning activities.

all images by Jin Weiqi

After retaining the concept of a vanished house in resonance with the exhibition space, the key question for Hu Quanchun and the Field Conforming Studio team (find out more here) was the type of house to choose. At first, they thought of choosing a typology with characteristics unique to Wuhan architecture, in order to represent the locality. After research, however, they found that the city’s old buildings, especially residential buildings, had no obvious local characteristics, while public buildings representative of Wuhan were not reasonable choices for such a building. environment.

In the end, the team decided to choose the simplest image a house could be. Not involving any locality or additional symbols, it was just a simple house that looked like a child’s sketch. The shape adds more simplicity and purity to the work, while the sprawling creeper patterns introduce more sophistication. 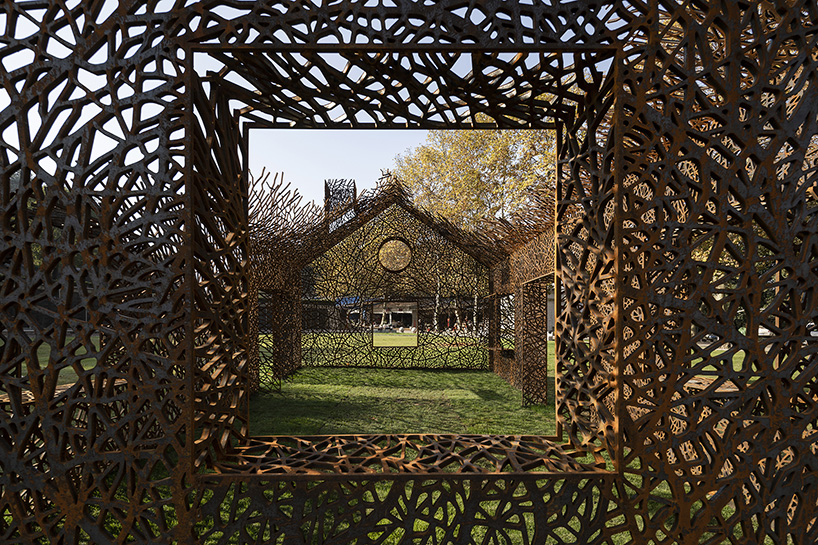 sketching the sprawling vines one by one

Once the spatial form was confirmed, the designers had to figure out how to convey the sense of a vanished home through the status of the climbing plants. To achieve this, they made a 1:10 scale miniature of the house with cardboard and sketched ivy on the model to showcase the growth status of the plants. This way, designers could control the density and size of the vines, as well as the twists, bends, and joints. The sketching process was the most sentimental part of the creation and brought a distinctive feature of craftsmanship and painting to the work.

After the vines were sketched on the thumbnail, the designers converted them to vector files. As the final work would be done by laser engraving on Corten steel, they broke down the model for high resolution scanning, then manually converted the scanned files into vector files available for laser engraving. Besides drawing the lines one by one, the most important procedure involved the connections where the lines turned. All details have been meticulously modified until factory production begins. 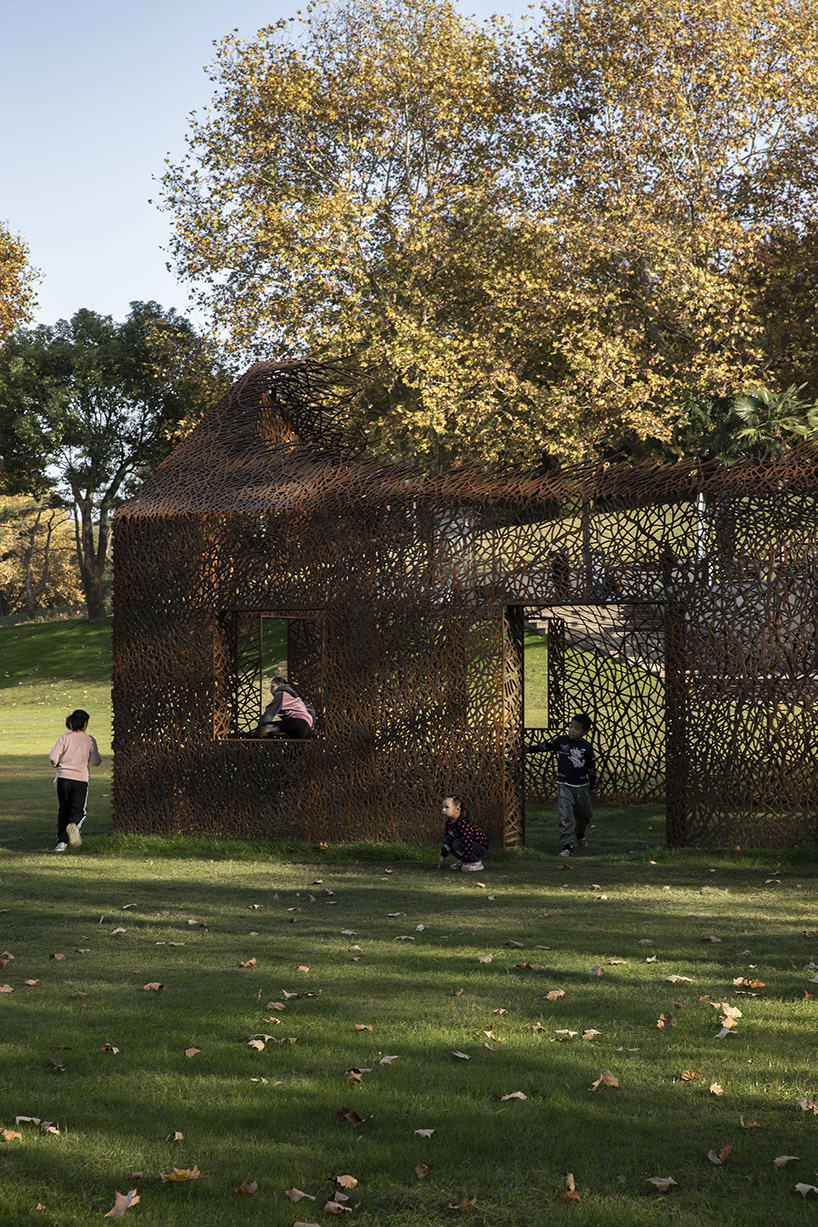 made of durable corten steel

The material used for the piece is Corten steel, and it was chosen for two specific reasons. First, the color Cortn steel adopts after rusting, which is a crimson tone that can well express the texture of creeper vines. Second, the durability of the material, which can help the structure support itself effectively. Over time, the color of the Corten steel plates will darken with sun and rain, and the presence of the room will become more and more important. 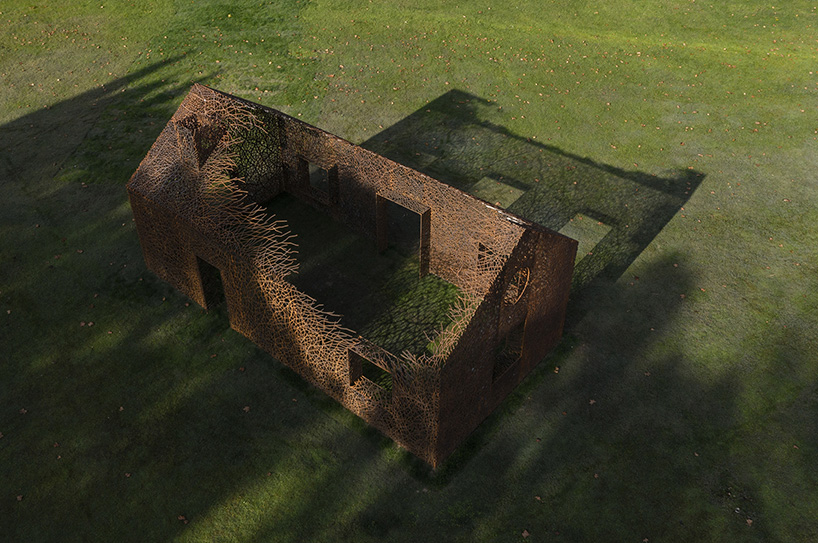 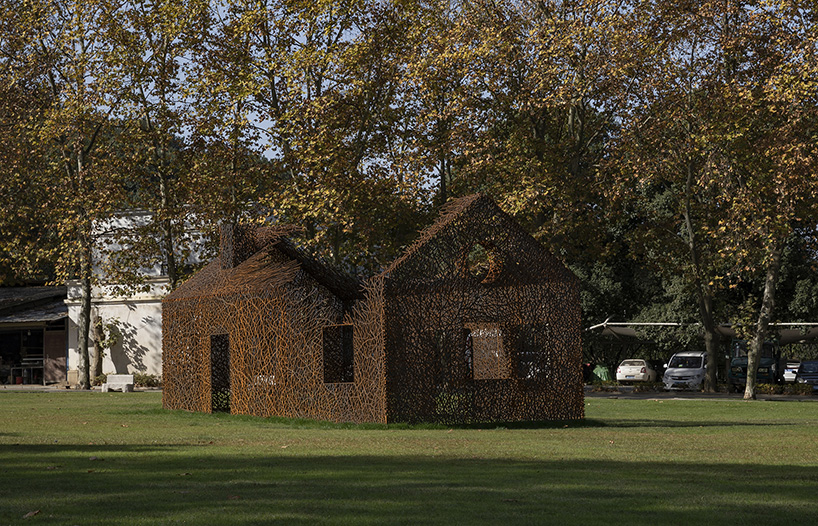