At first, the revolution brought only chaos and anarchy. Ordinary people began to loot and destroy royal palaces, noble mansions and churches. Fortunately, the vandalism was stopped by the new authorities, and ecclesiastical, Tsarist and aristocratic properties were nationalized. The Bolsheviks found themselves in possession of untold riches (Tsarist diamonds alone amounted to 51,479.38 carats), some of which they quickly decided to sell off.

Employees of the State Administration for Precious Metals and Stones (Gokhran) with Russian crown jewels. Moscow. 1923

“In America this is known by the fanciful word ‘membership’ and is considered normal procedure. In Russia it is considered a clearance sale, and those who allowed it before and after the Revolution are cursed,” writes Mikhail. Piotrovsky, director of the Hermitage Museum, in a new reprint of the book Sell ​​the treasures of Russia, adding that Russia’s accession is considered a national tragedy. Where can you see the treasures of the Romanovs and Russian nobility today?

In 1933-37, the wife of the American Ambassador to the USSR, Marjorie Post, bought a large number of Tsarist items from a consignment store in Moscow. In 1968, she moved this entire vast collection of antiques to her estate in Hillwood near Washington, DC. Today it houses one of the largest museums of Russian antiquity in the United States

The collection includes, among other things, a precious cup from 1791 and a pair of vases from the Imperial Porcelain Manufactory dated 1836. 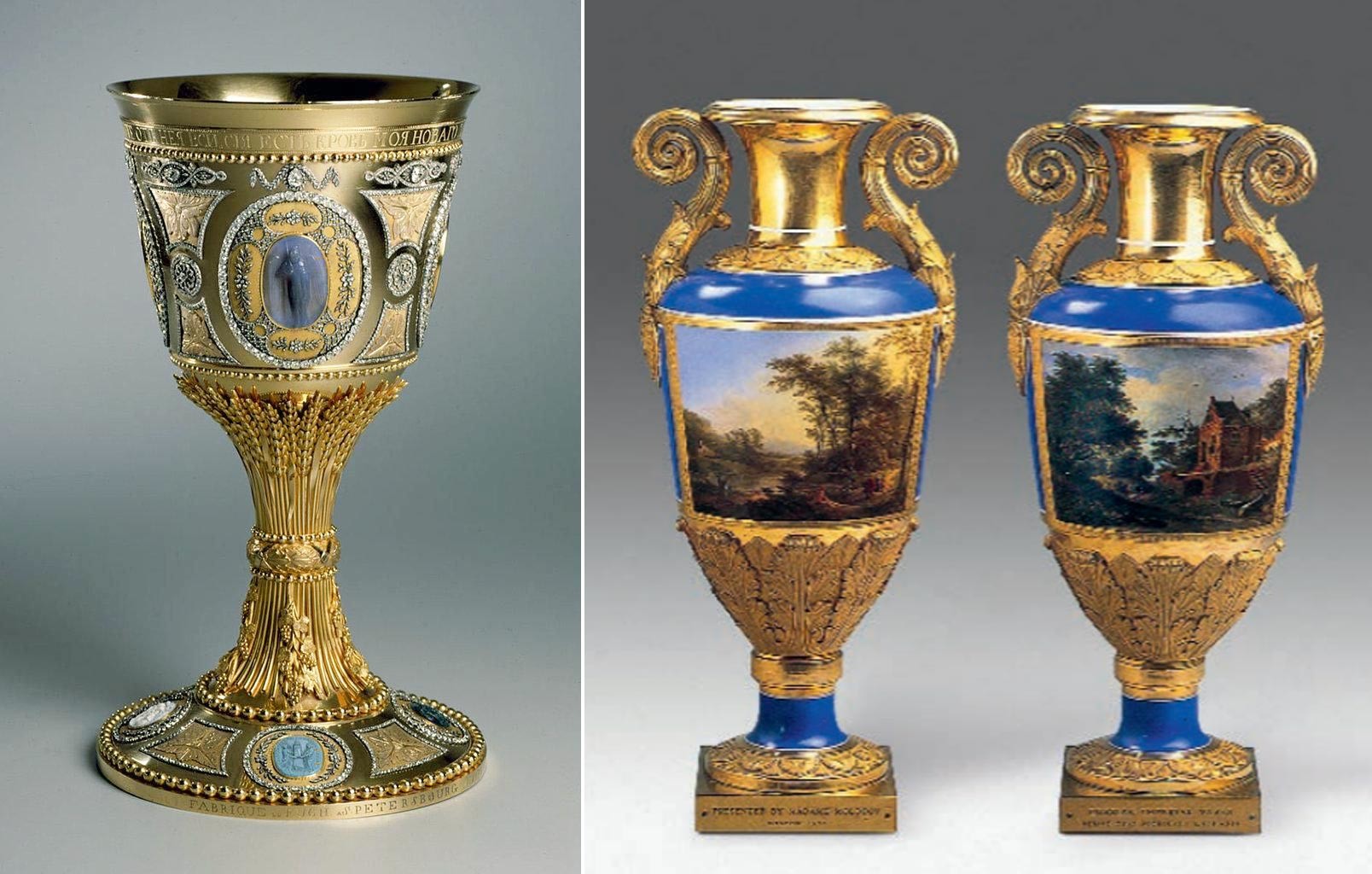 In 1966, at an auction at Sotheby’s, Marjorie Post bought the Imperial Romanov crown of 1884, made of silver, diamonds and velvet. His journey to Hillwood was diverted: in 1926, the treasure was sold to antique dealer Norman Weiss, and the following year, at a Christie’s auction in London, it was bought by another antique dealer for Wartski Gallery. 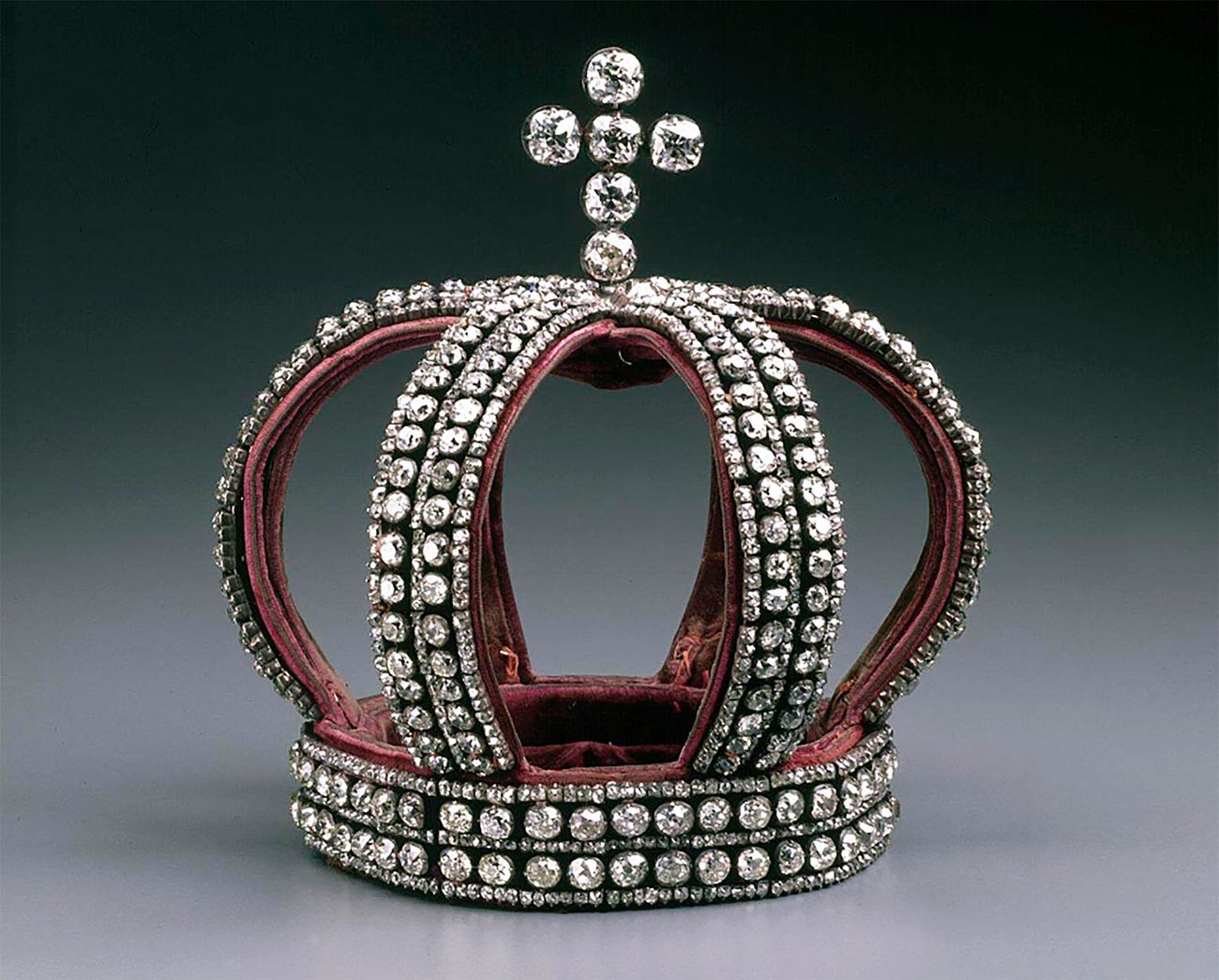 The imperial crown of the Romanovs 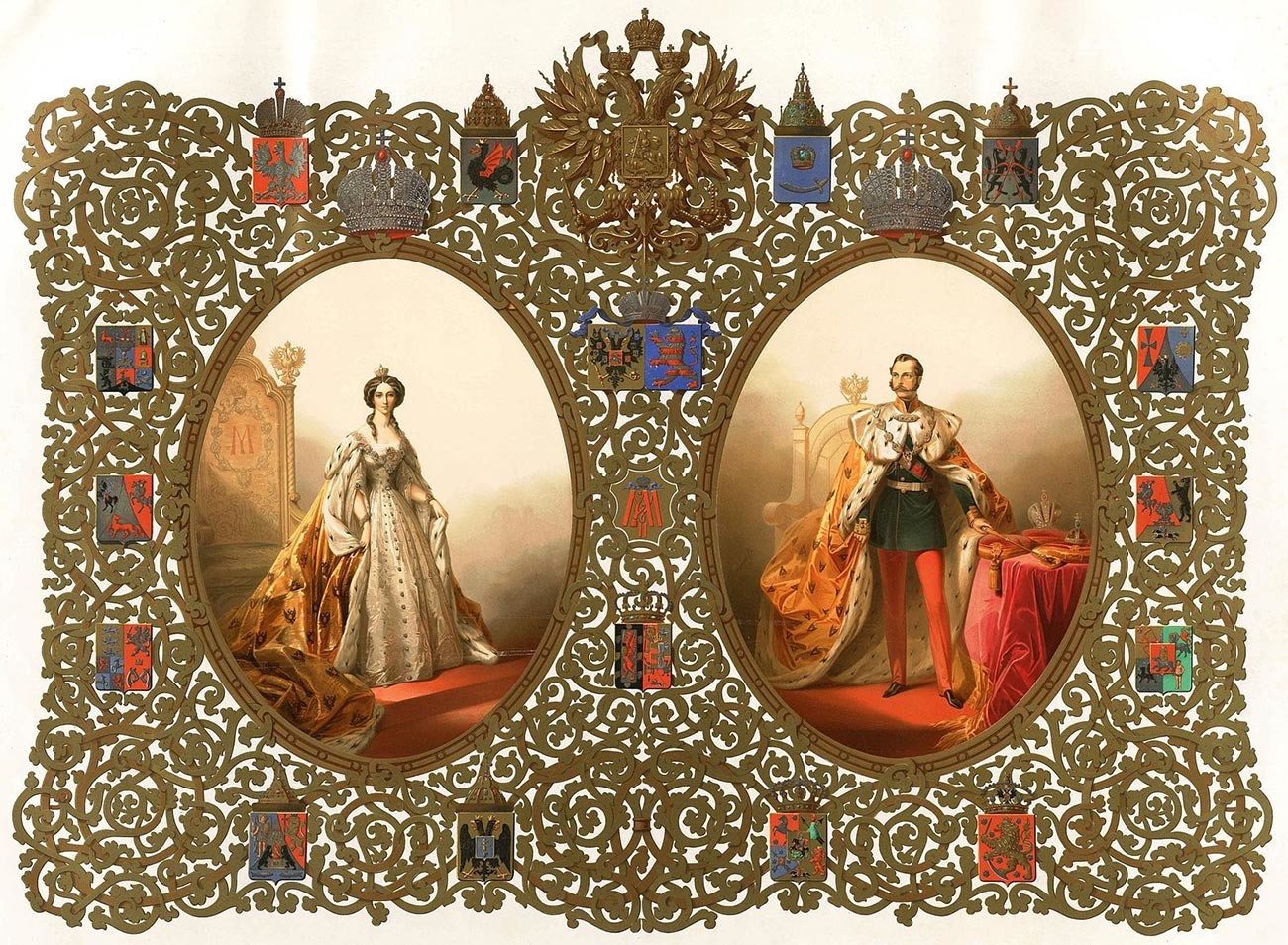 Portrait of Their Imperial Majesties

The precious Fabergé Easter eggs were collected by various buyers. Ten were sold to the Hammer Brothers Gallery in New York, including the rotating miniature egg below. In 1945, it was bought by Lillian Thomas Pratt, owner of one of the most important collections of Fabergé eggs. She donated her treasures to the Virginia Museum of Fine Arts, where they are now kept. 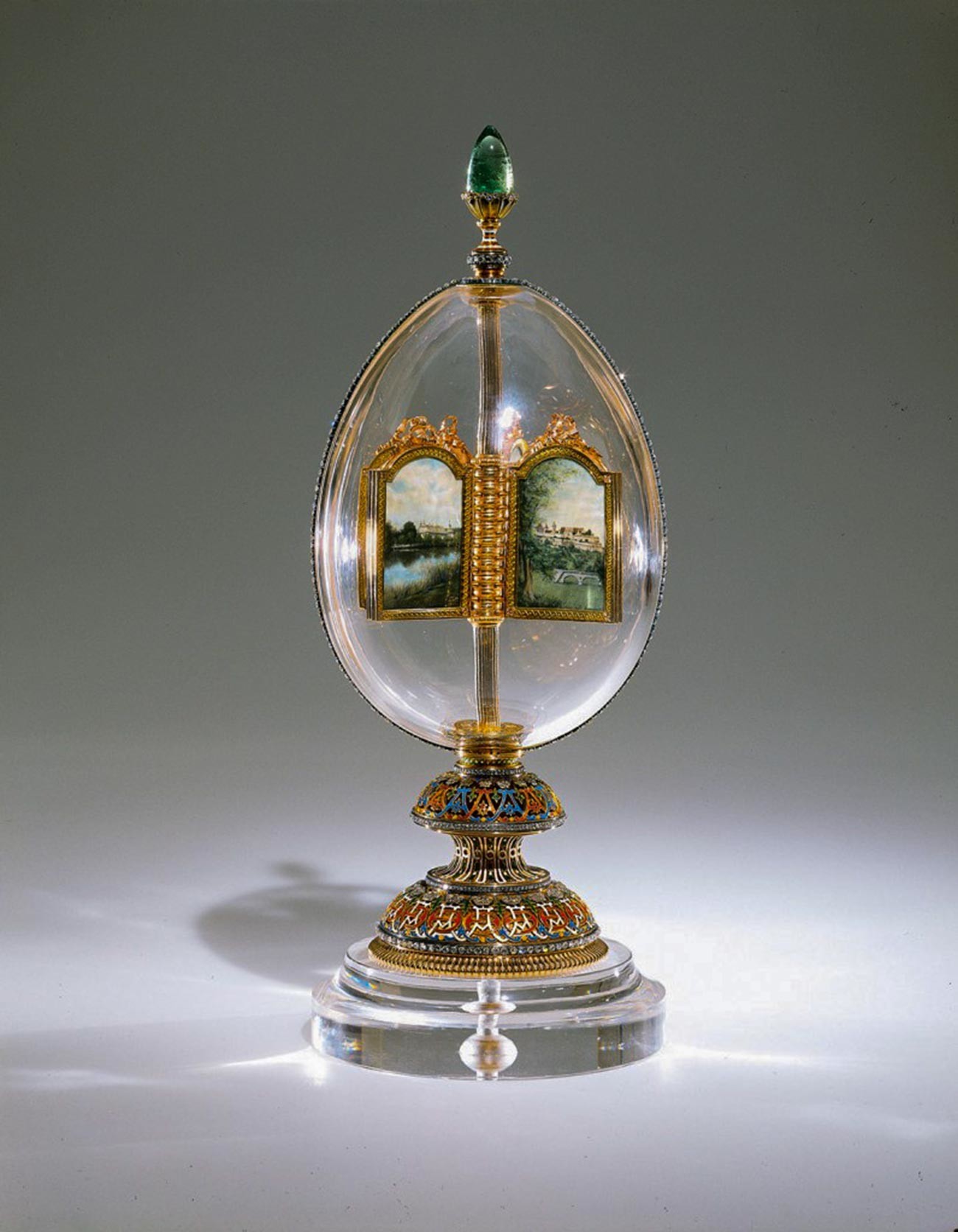 The Virginia Museum of Fine Arts

Many paintings in the Hermitage collection were purchased by American statesman and industrialist Andrew Mellon. They then formed the nucleus of the National Gallery of Art in Washington, DC, of ​​which he was the founder and principal investor. As such, the Washington gallery now housesThe Adoration of the Magi by Sandro Botticelli (early 1480s). 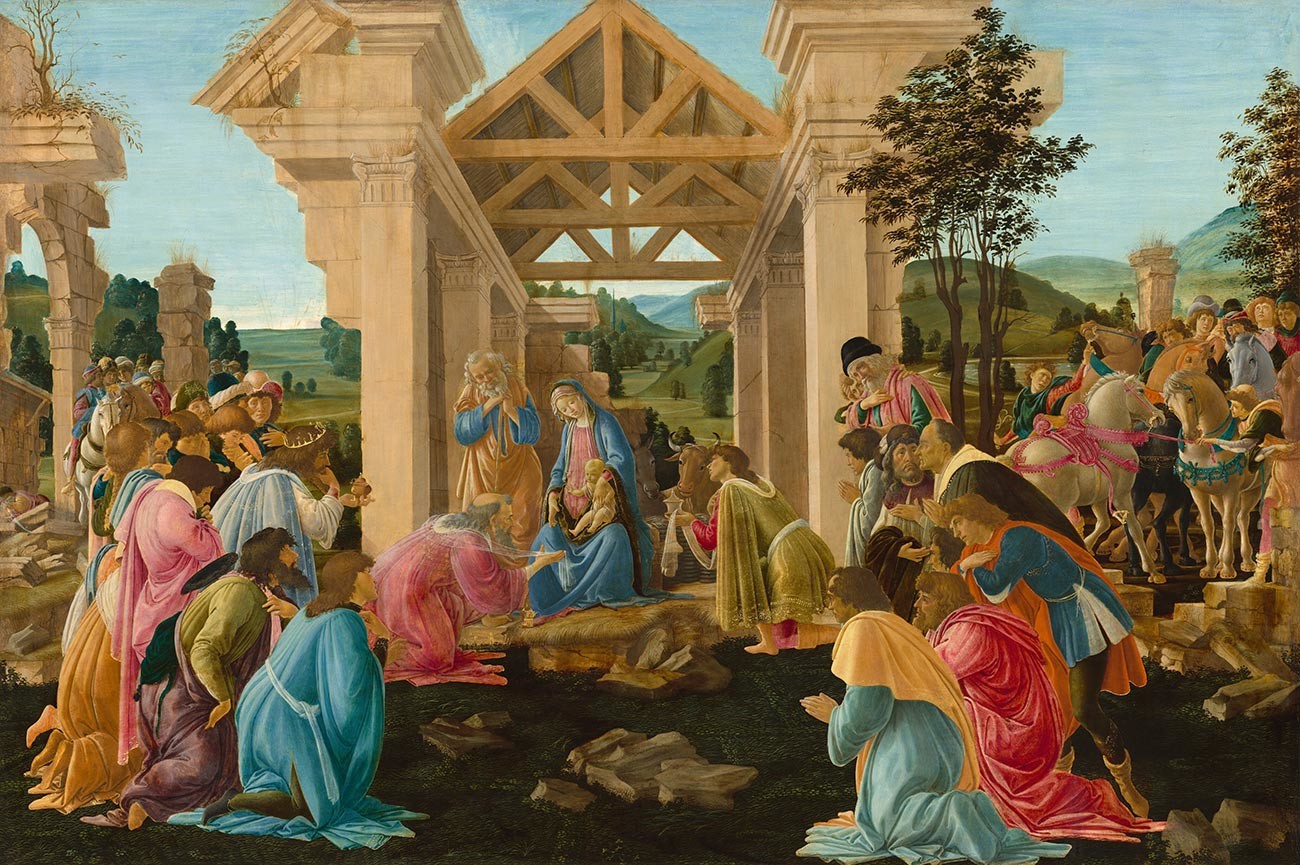 Sandro Botticelli. The Adoration of the Magi

The Our Lady of Alba by Raphaël (around 1510) is also preserved there. The Bolsheviks sold it for the then record sum of over $ 1.7 million. 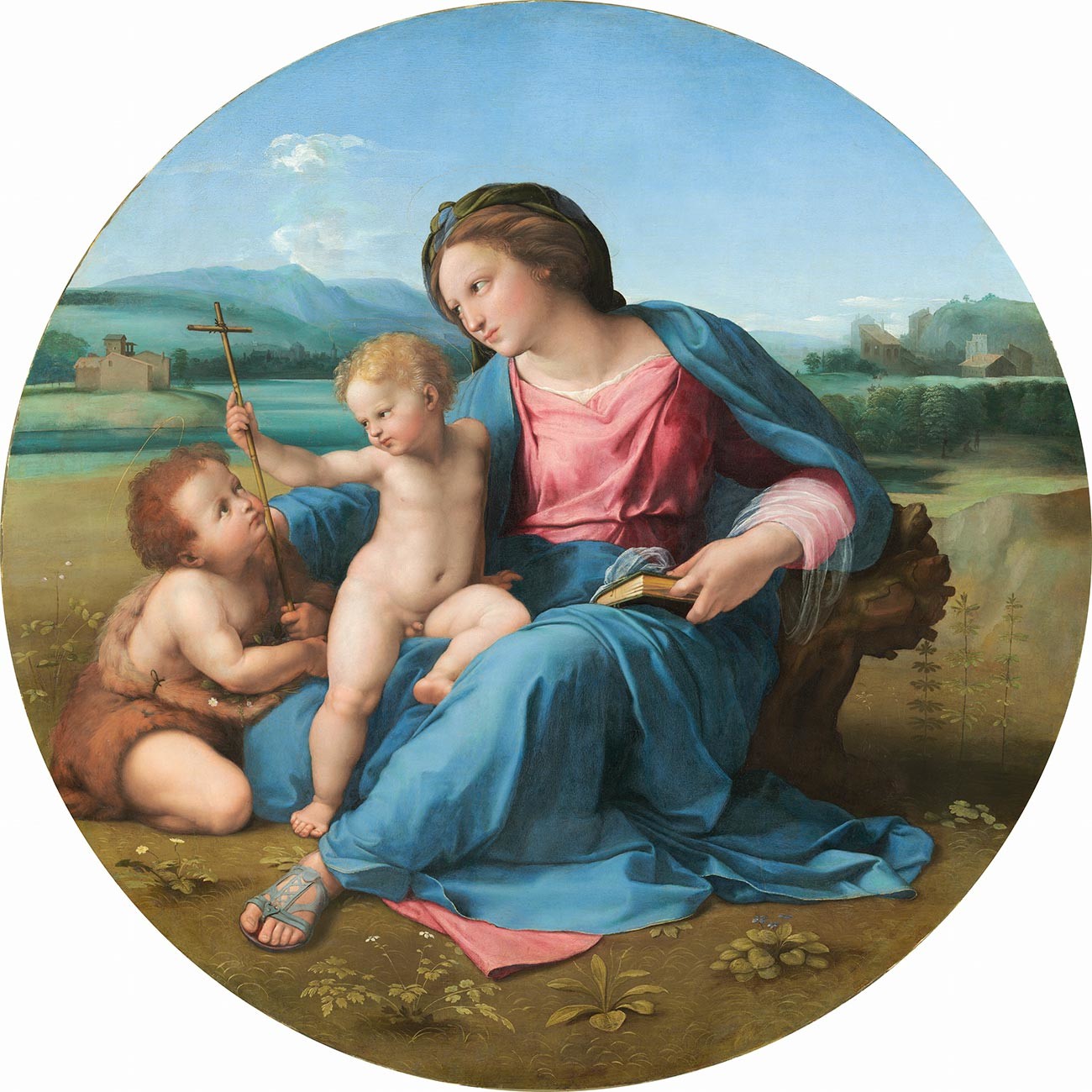 Raphael. Our Lady of Alba

They nationalize the vast private collections of Russian merchants and patrons who bought Western art, including many Impressionist and avant-garde works. From the Morozov collection, for example, art collector and businessman Stephen Clark purchased the work of Vincent Van Gogh The night cafe through the Knoedler & Co gallery, then donated it to the Yale University Art Gallery. 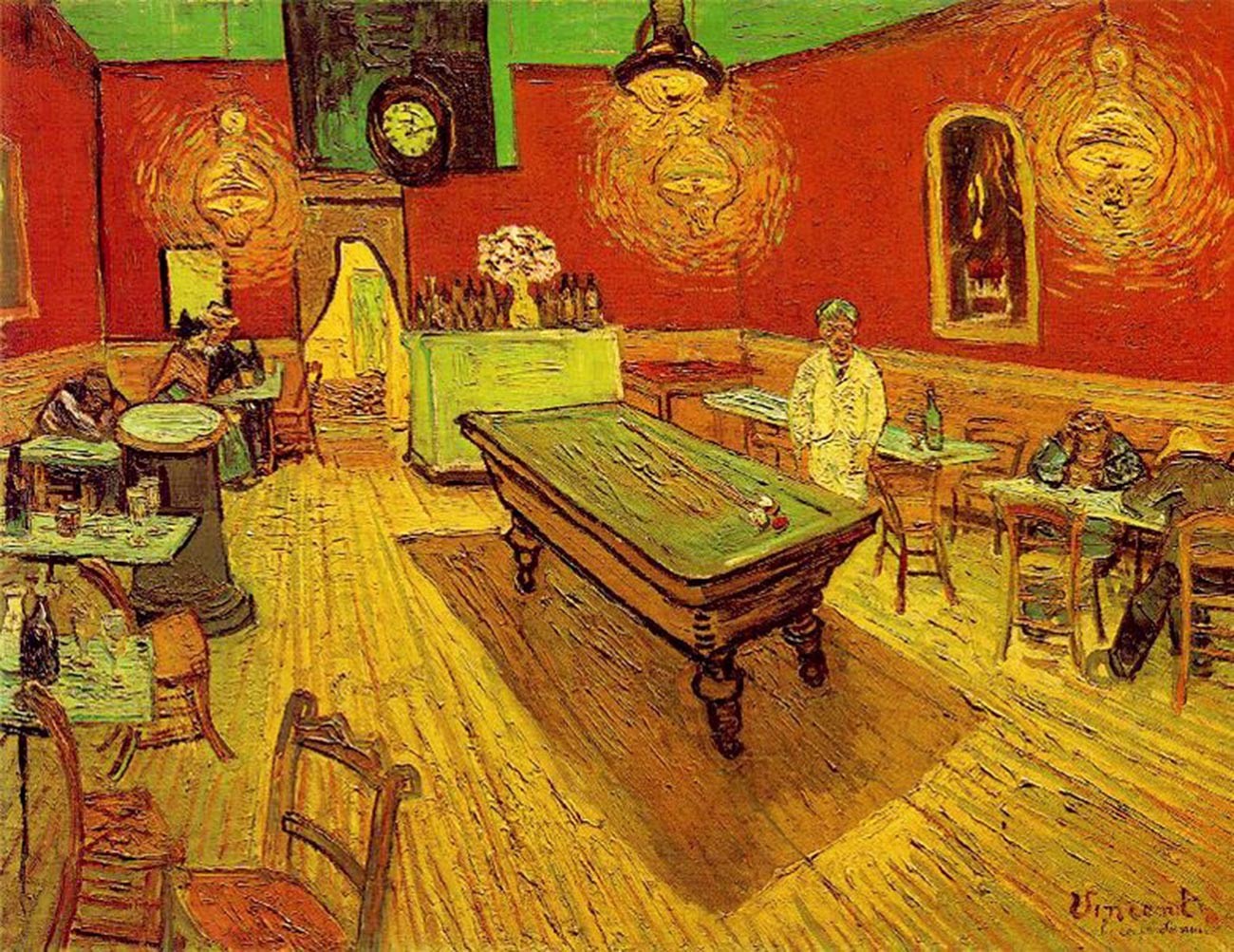 The Fabergé “Mosaic” and “Basket of Wildflowers” ​​Easter Eggs were sold to the Windsors in the 1930s. Since then, along with other Tsarist jewelry, they have been part of the collection of Queen Elizabeth II. 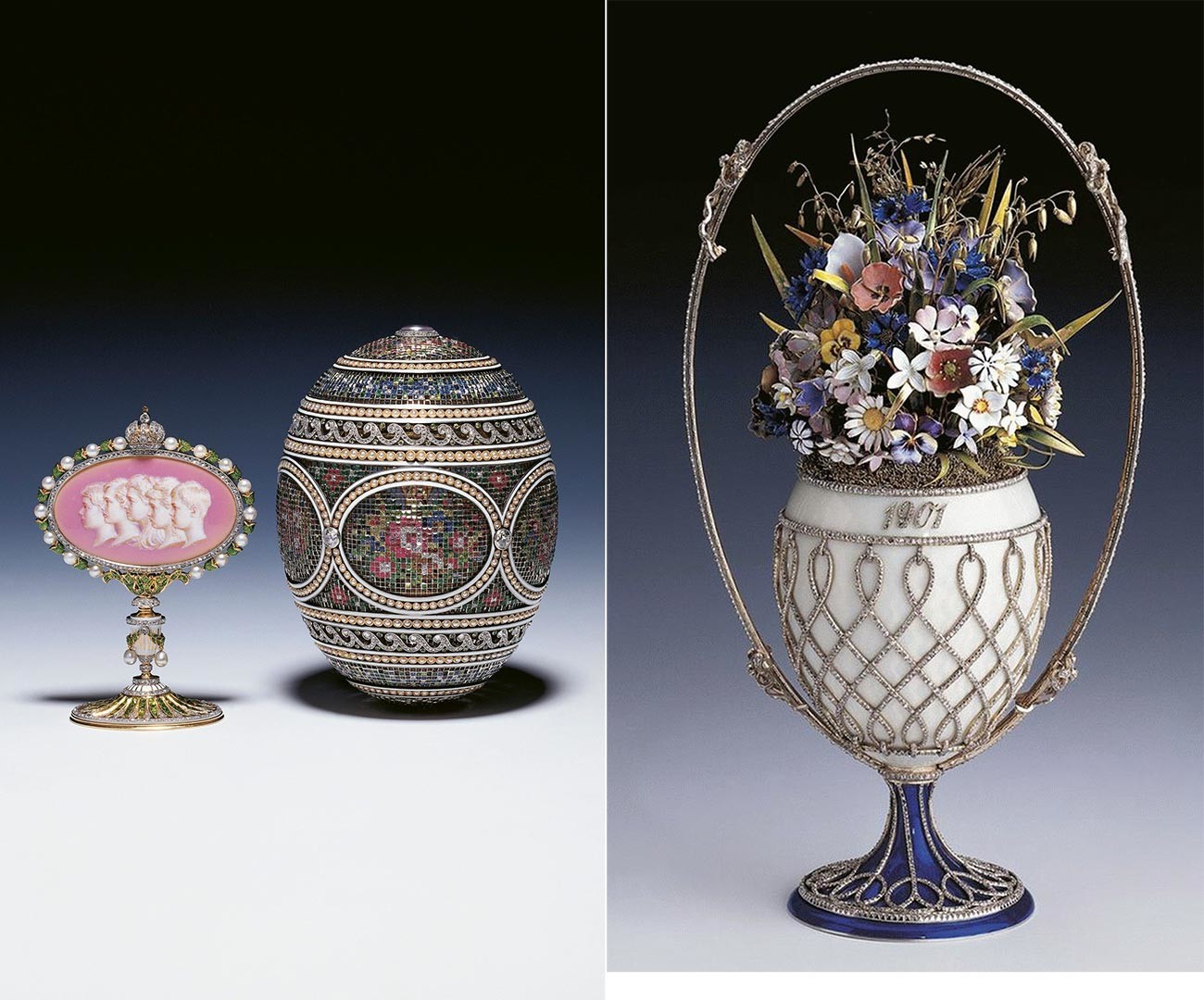 Fabergé eggs: the ‘mosaic’ (left) and the ‘basket of wild flowers’

This hairpin, or egret, in the form of a flowering branch, from the years 1760-70, even the Soviet authorities called “one of the most beautiful works of the eighteenth century”. It was sold at Christie’s on March 16, 1927. Both the egret and two 18th century emerald encrusted pins are now in the collection of SJ Phillips in London. 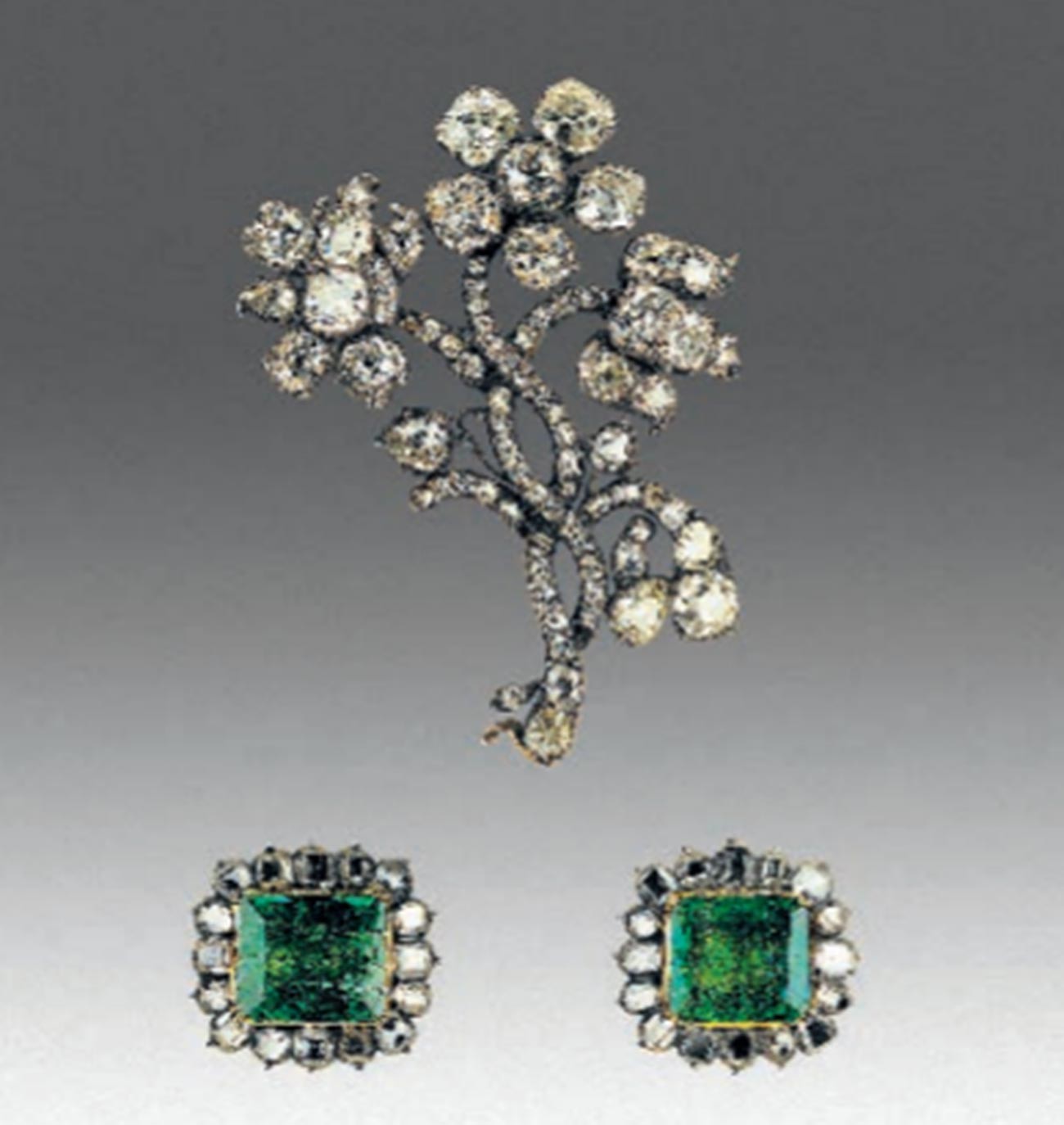 The British Library houses the 4th century Codex Sinaiticus, donated by the Greek Monastery of St. Catherine to Tsar Alexander II in 1859. 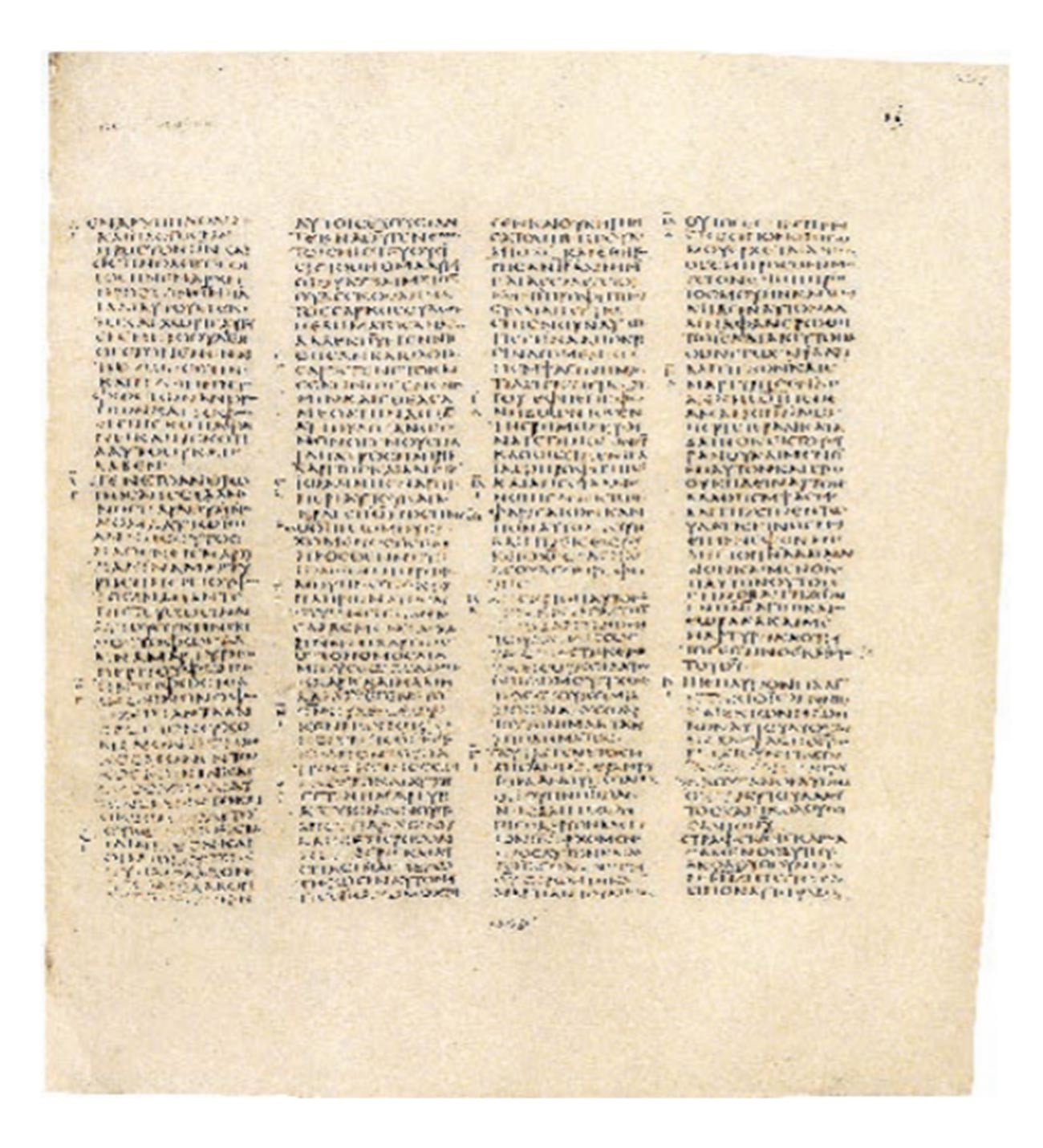 A page from Codex Sinaiticus

Many paintings from the Hermitage collection ended up in the Louvre. They were transferred to the Paris museum by French collectors from the Société des Amis du Louvre, who bought Russian treasures from the Bolsheviks. This is how Rembrandt Landscape with a castle, for example, bought by the art dealer Georges Wildenstein, came to settle there. 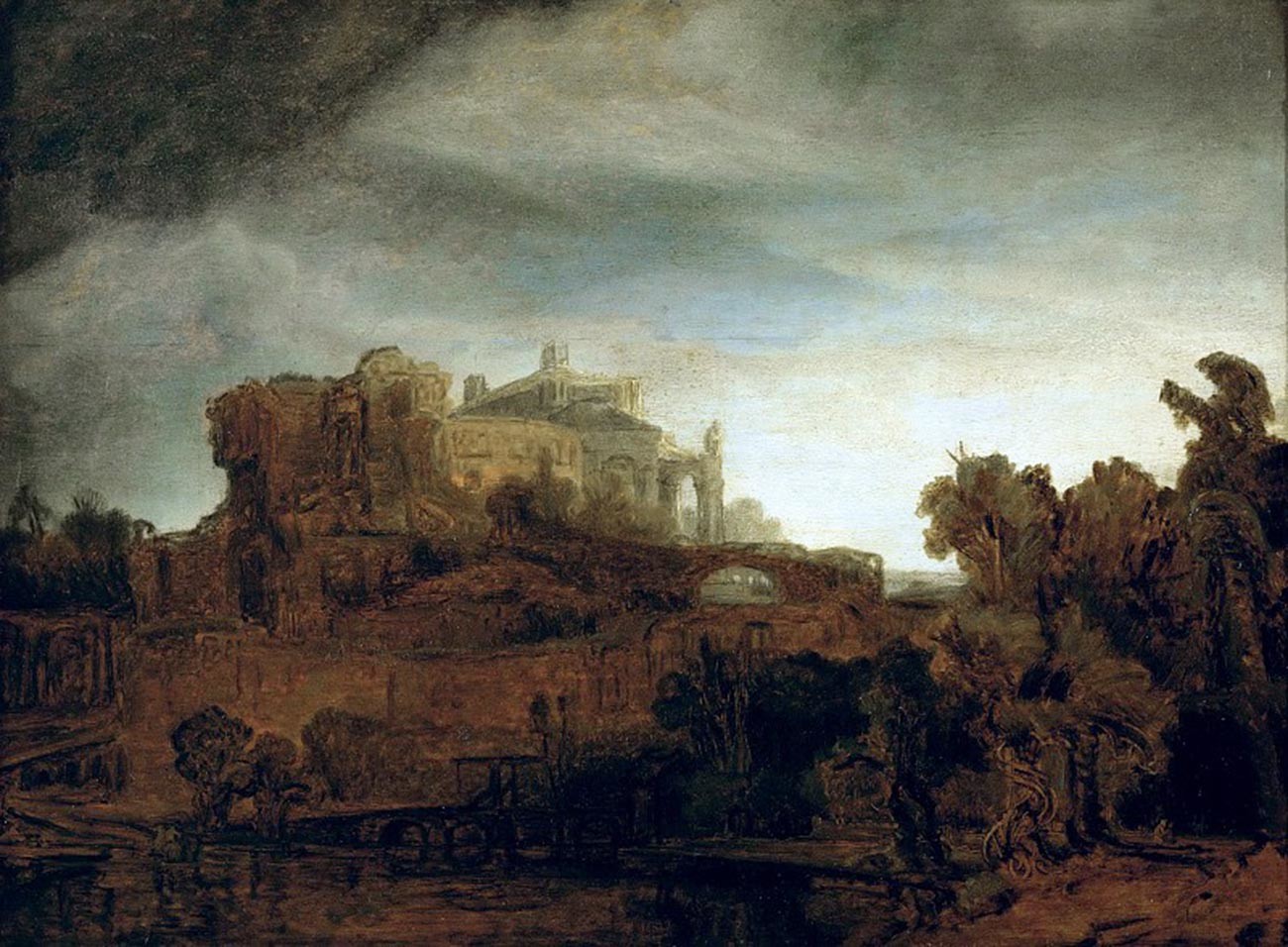 Rembrandt. Landscape with a castle

The Société des Amis du Louvre bought apauldron(Shoulder armor) with a ‘Resurrection of Christ’ scene. Made in Lorraine, France, circa 1170-80, before the revolution, it was kept in the sacristy of the Cathedral of the Assumption in Vladimir. 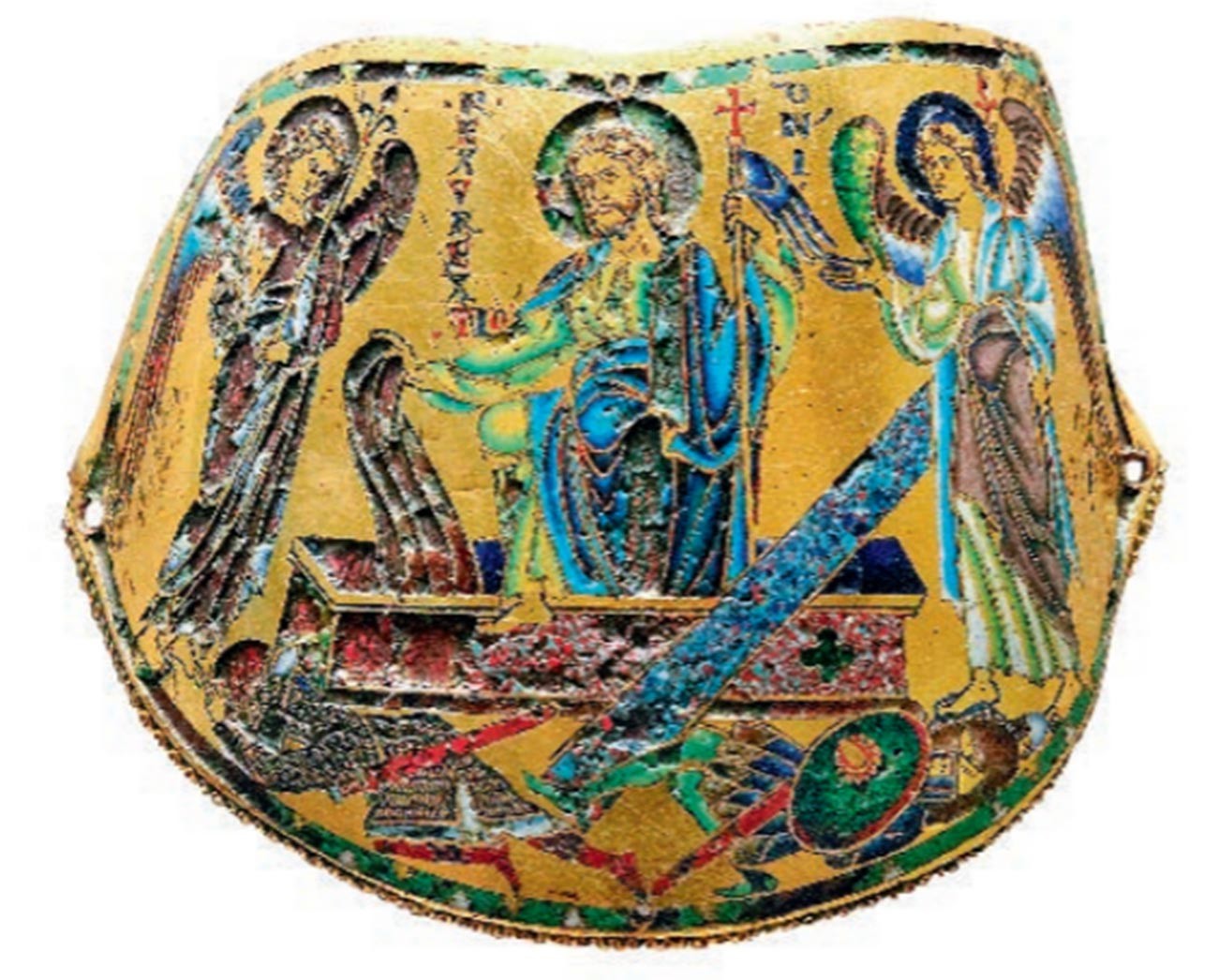 When the Bolsheviks started targeting religion, they confiscated all precious metal church utensils, melted bells, and sold icons. Thus, at the end of the 1920s, the 15th century icon of the Virgin and Child made its way to Brussels in the collection of a married couple named O’Meara, before being bought by the Russian emigrant Alexander Popov, who takes him with him to Paris. 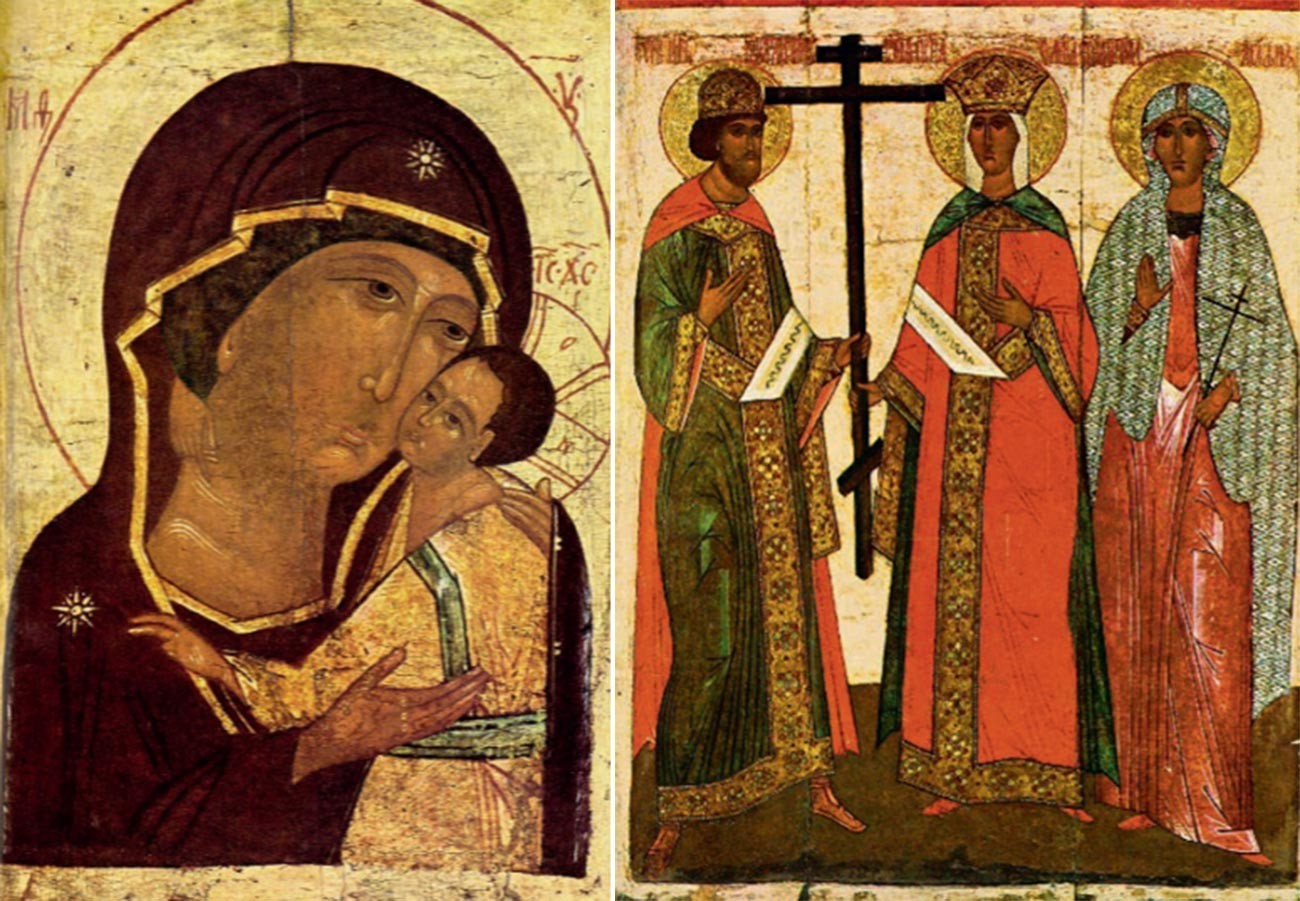 Icons of the Virgin and Child (left) and of the Holy Emperor Constantine and his Mother Hélène, the icon of Saint Agatha is also present.

In 1966, the antiquity was transferred to the Museum of Icons in the German city of Recklinghausen. The Holy Emperor Constantine and his Mother Hélène, icon of Saint Agatha are also there.

The collection of the Stockholm National Museum contains icons depicting the apostle Peter and the unknown great martyr from the late 13th-early 14th century. In the 1930s, it was purchased by the Swedish envoy to Moscow, Wilhelm Assarson. 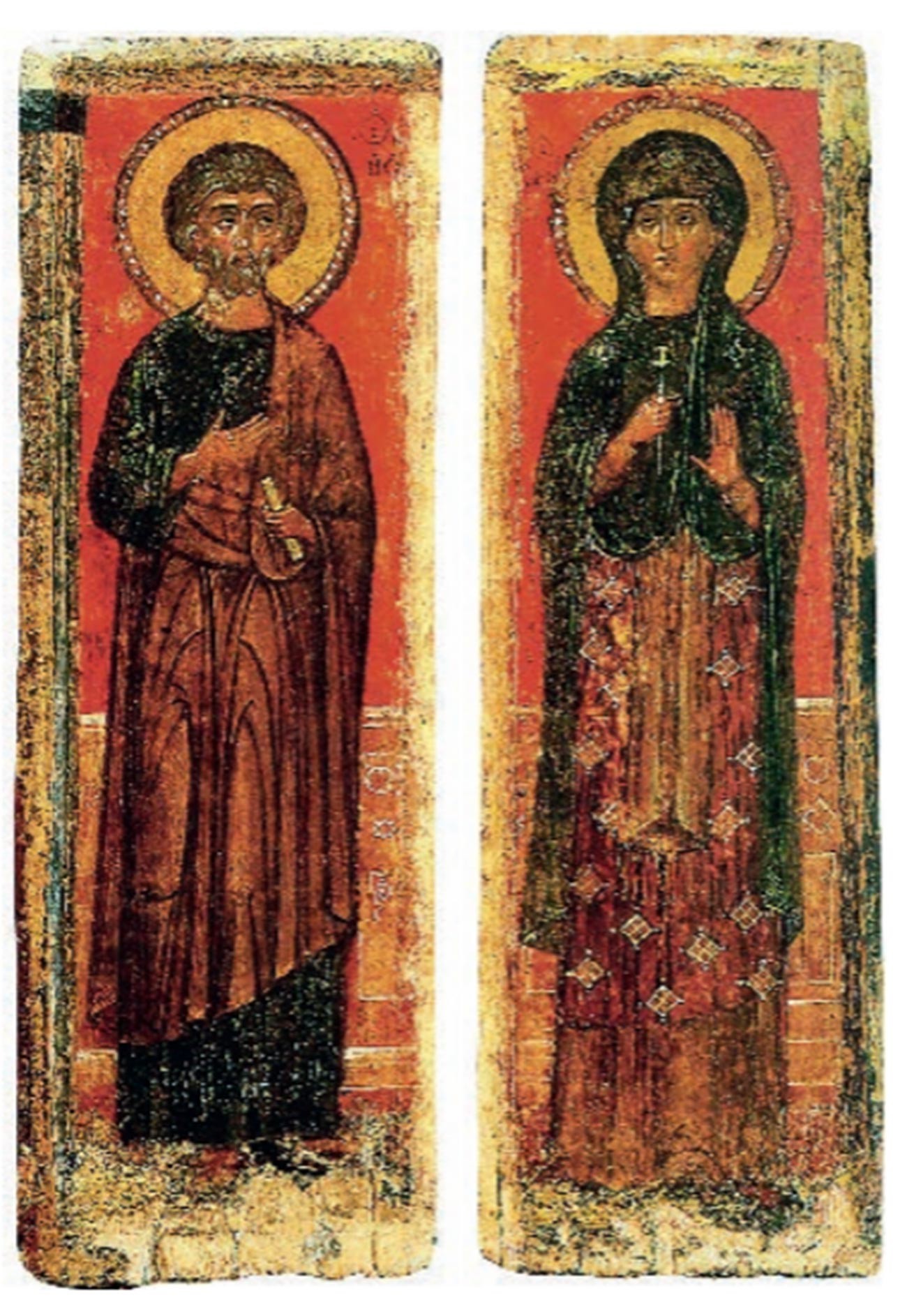 Icon of the apostle Peter and the great unknown martyr

Many icons were donated to the National Museum in Stockholm by the banker Olof Aschberg. He sympathized with the Bolsheviks from the start, helping them establish the Russian Commercial Bank. In the late 1920s, with the approval and mediation of the Soviet government, he removed around 250 (!) Icons from Russia. Among them were the 17th century Mother of God and John the Baptist. 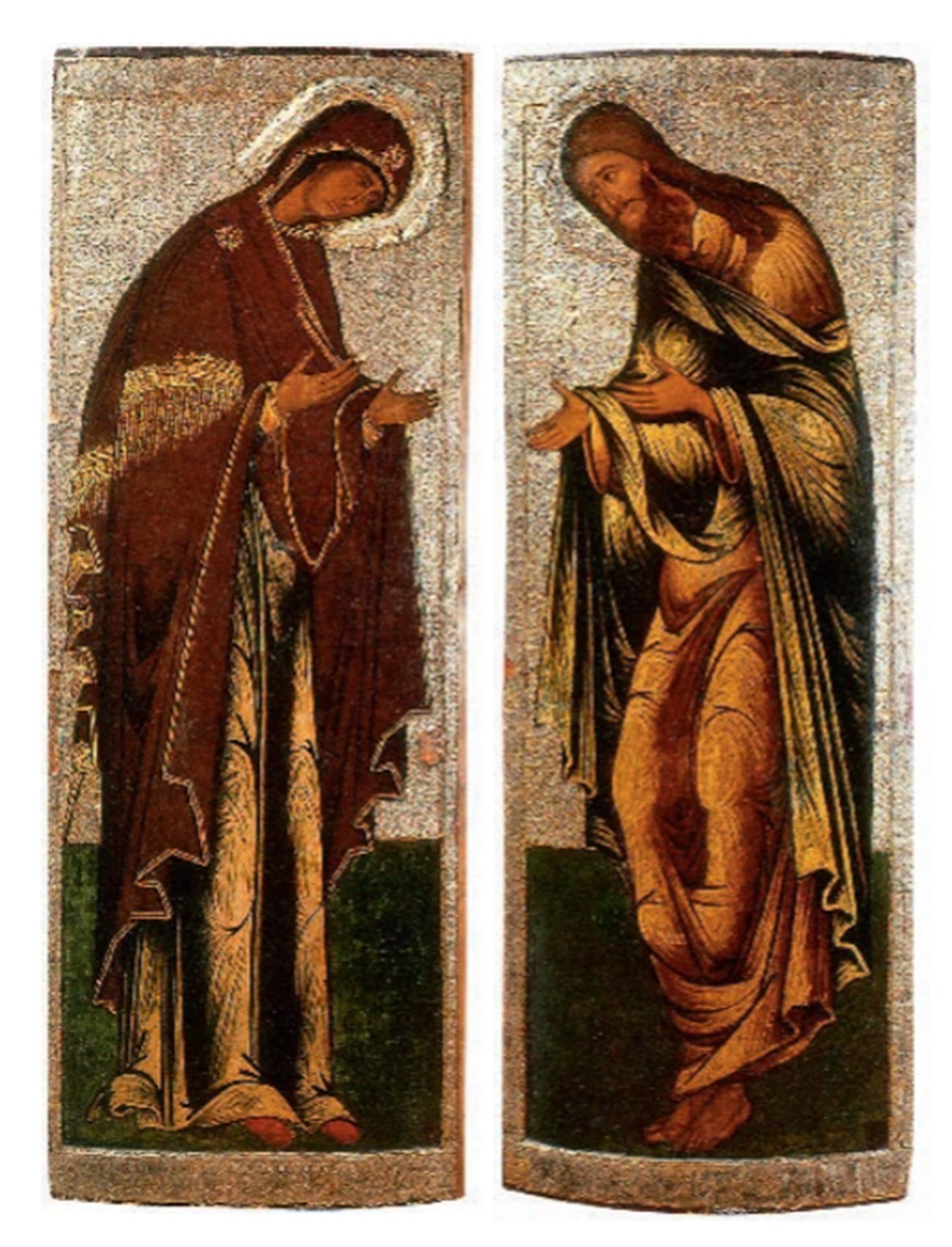 Mother of God and John the Baptist

The 16th-century Introduction to the Temple of the Blessed Virgin Mary icon was purchased by Norwegian business advisor Richard Zeiner-Henriksen. From its collection, in 1957, it was transferred to the National Museum of Art, Architecture and Design in Oslo. 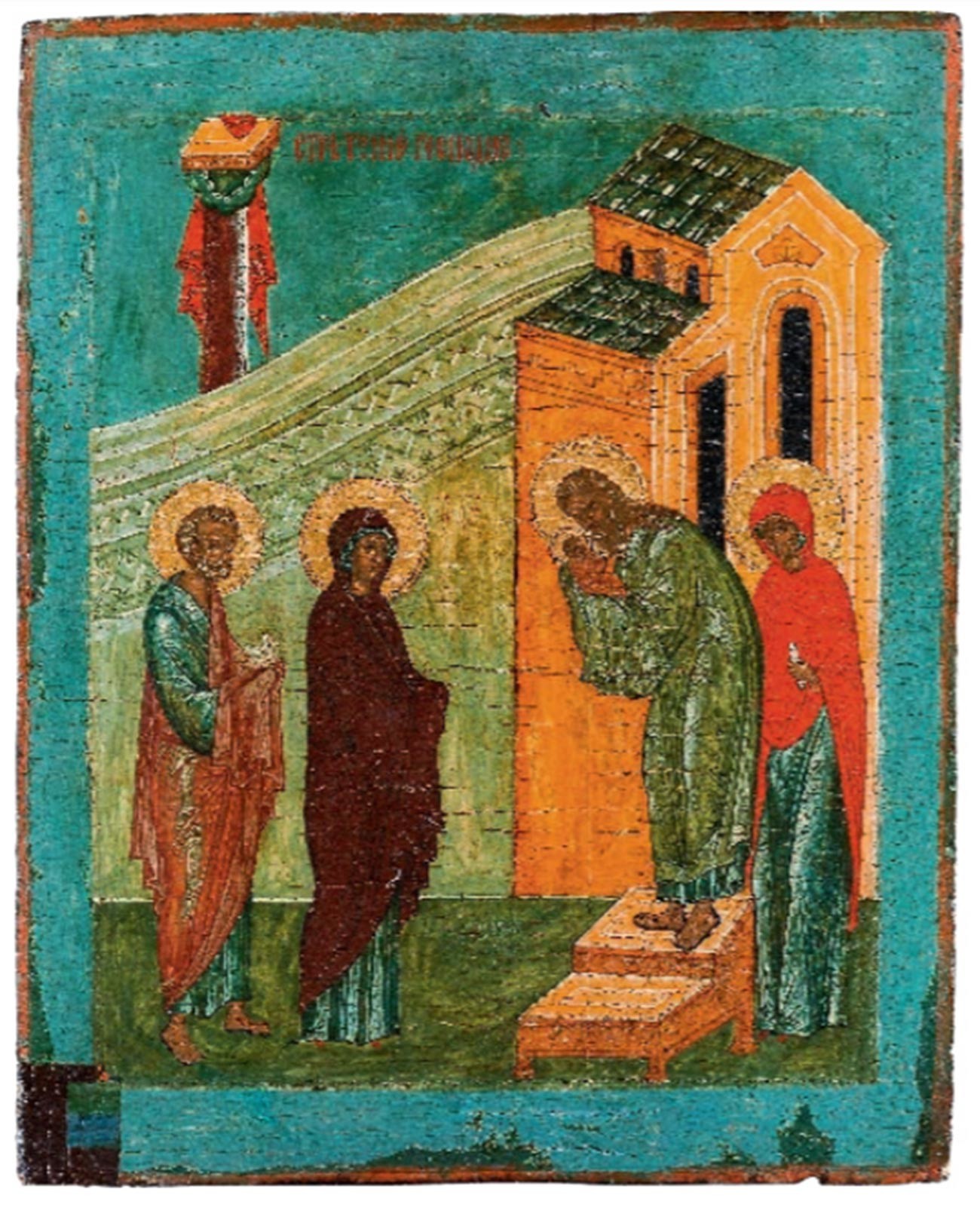 The icon Introduction to the Temple of the Blessed Virgin Mary

Many paintings by the Dutch masters in the Hermitage collection “have gone home”, purchased by the Rijksmuseum in Amsterdam. Among them were several works by Rembrandt, including The denial of Saint Peter and Titus as a monk from the 1660s. 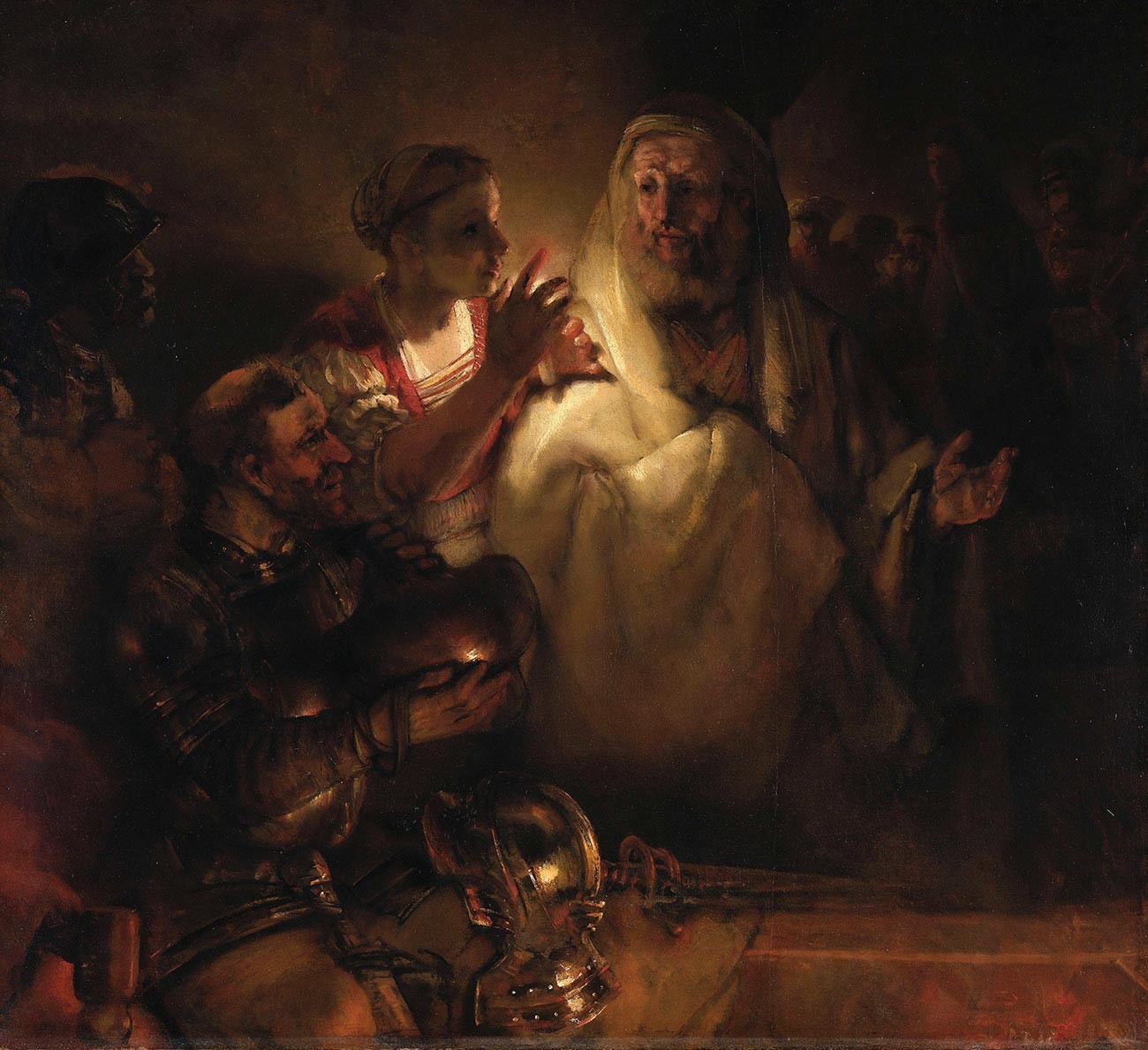 Rembrandt. The denial of Saint Peter

In 1928-1931, the State Public Library (now the Russian State Library) disposed of a unique Gutenberg Bible from the early 1450s. Today it is hosted by the Martin Bodmer Foundation in Switzerland. 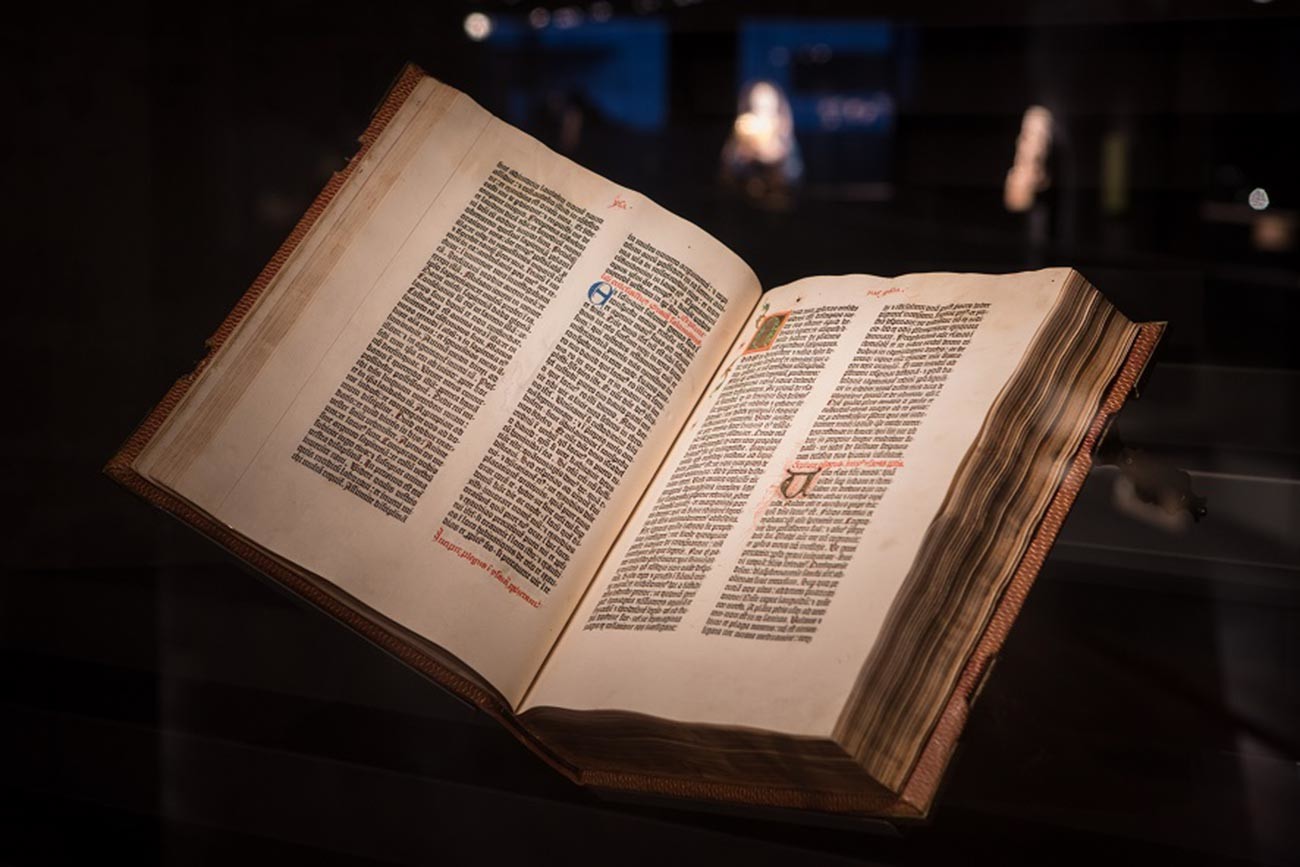 A Guttenberg Bible at the Martin Bodmer Foundation

An important collection of Tsarist treasures is kept at the Calouste Gulbenkian Museum in Lisbon. In 1929-30, the oil industrialist of Armenian origin whose name adorns the museum bought a large number of paintings from the Hermitage, including Portrait of Hélène Fourment by Rubens, Pallas Athens and Portrait of an old man by Rembrandt, The Annunciation by Dieric Bouts, Cutting down the trees in Versailles (Le Tapis Vert) by Hubert Robert, and many others. 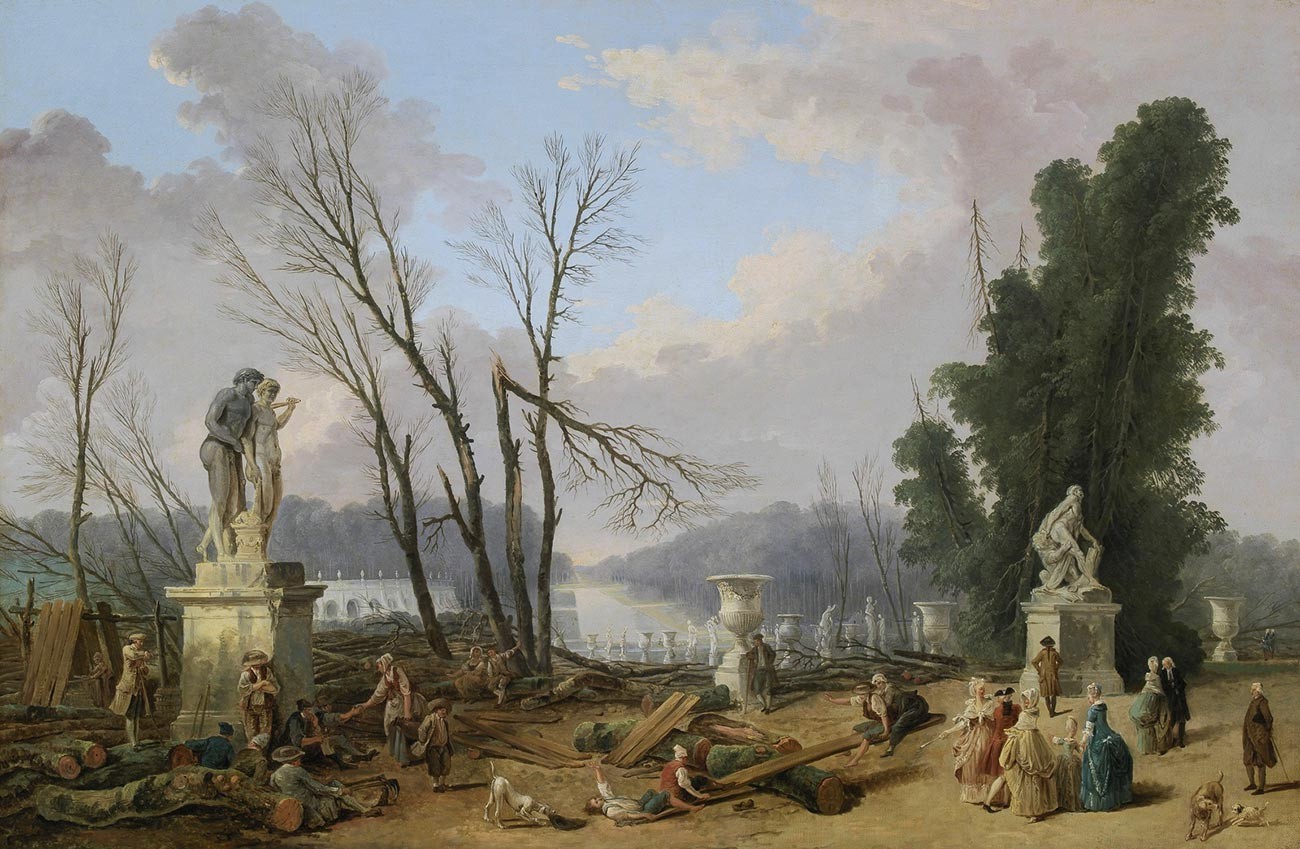 Hubert Robert. Cutting down the trees in Versailles 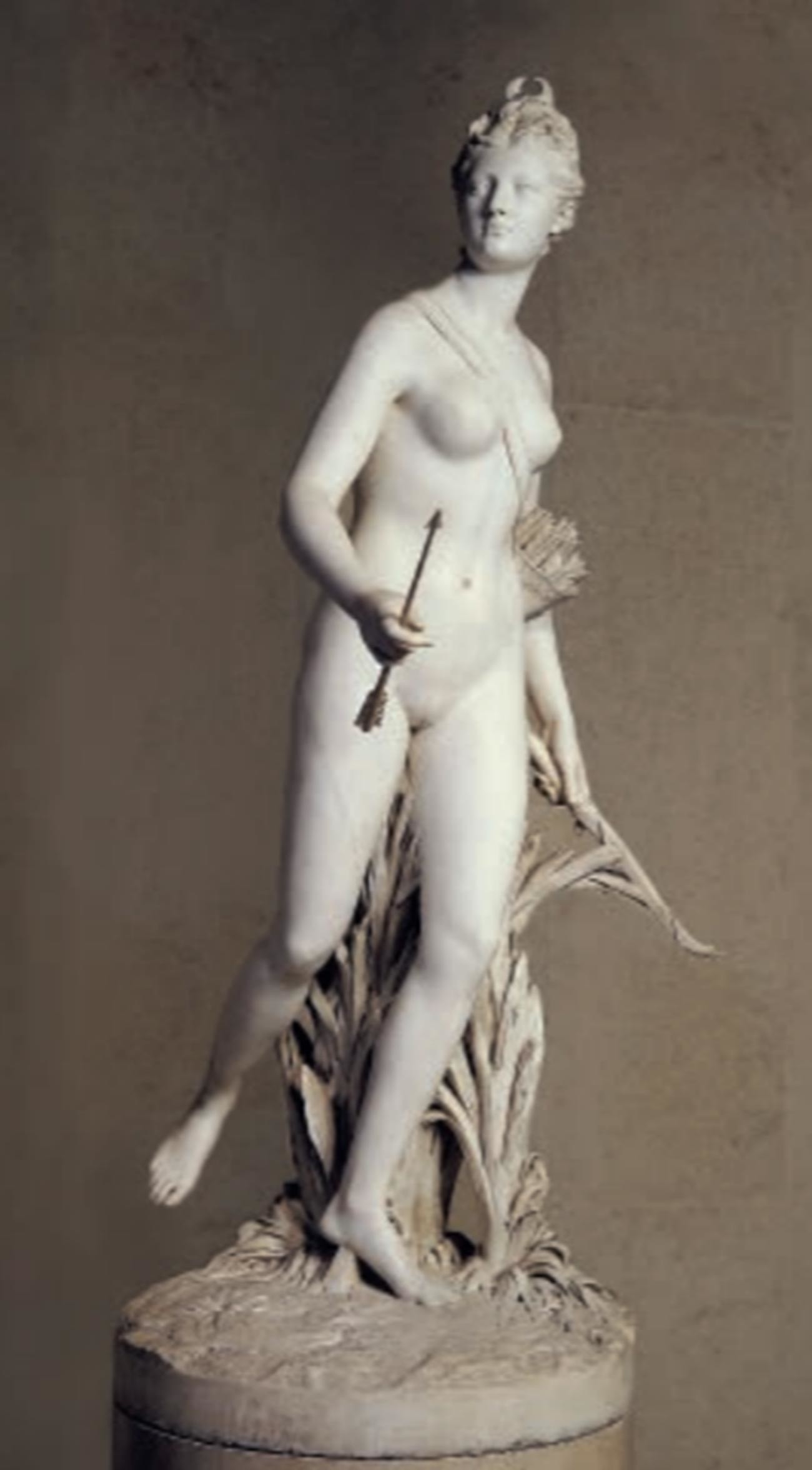 After lengthy negotiations with the Soviet government, Gulbenkian also purchased a collection of Louis XVI-era dinnerware sets, made by French artisans for the Russian imperial court. 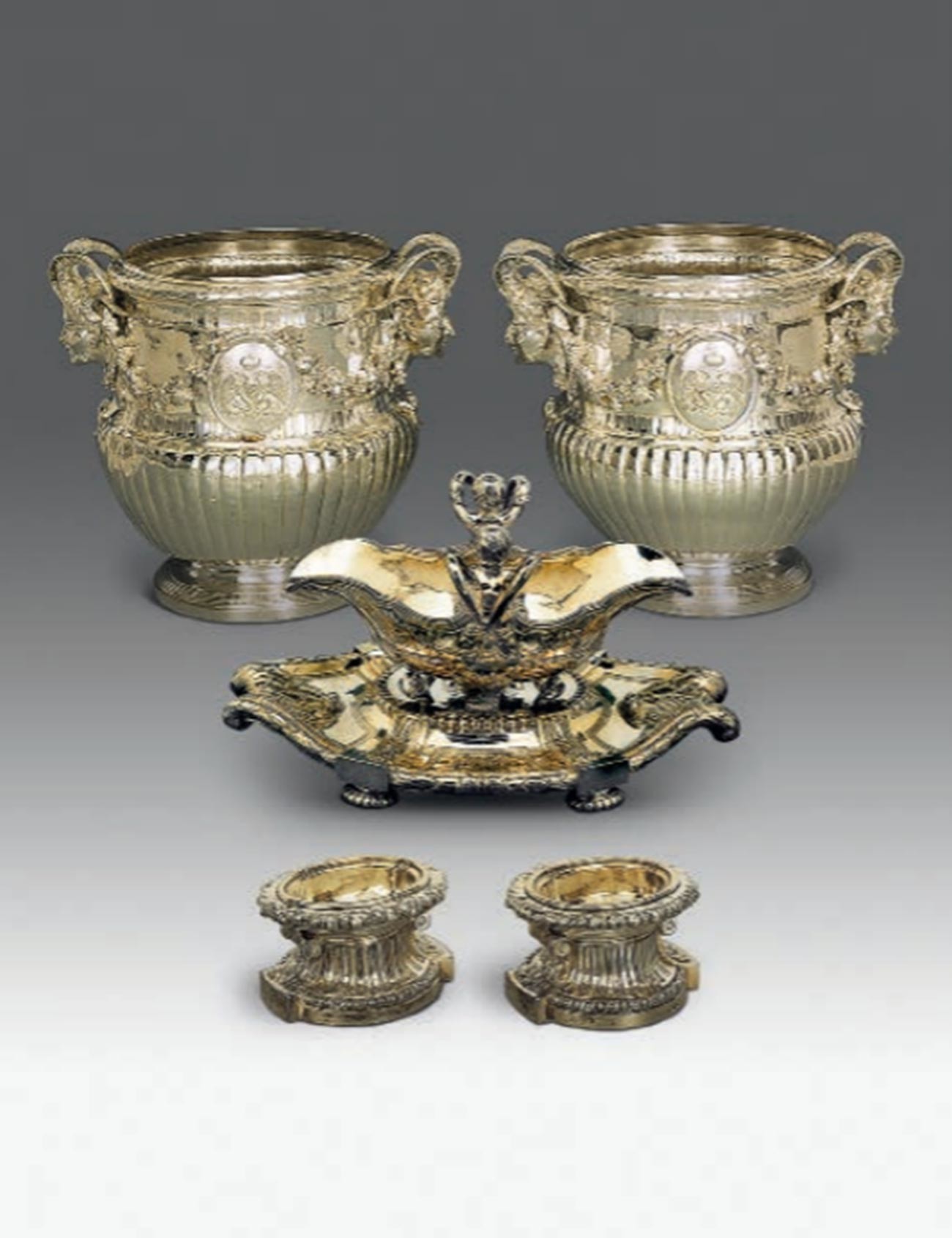 A set of tableware

In 1933, Giovanni Battista Tiepolo’s masterpiece Cleopatra’s banquet (1743-1744) crossed the ocean to Melbourne. The painting, purchased by Catherine the Great for the Hermitage, was acquired by the Australian patron Alfred Felton’s foundation for the National Gallery of Victoria, where it still stands to this day. 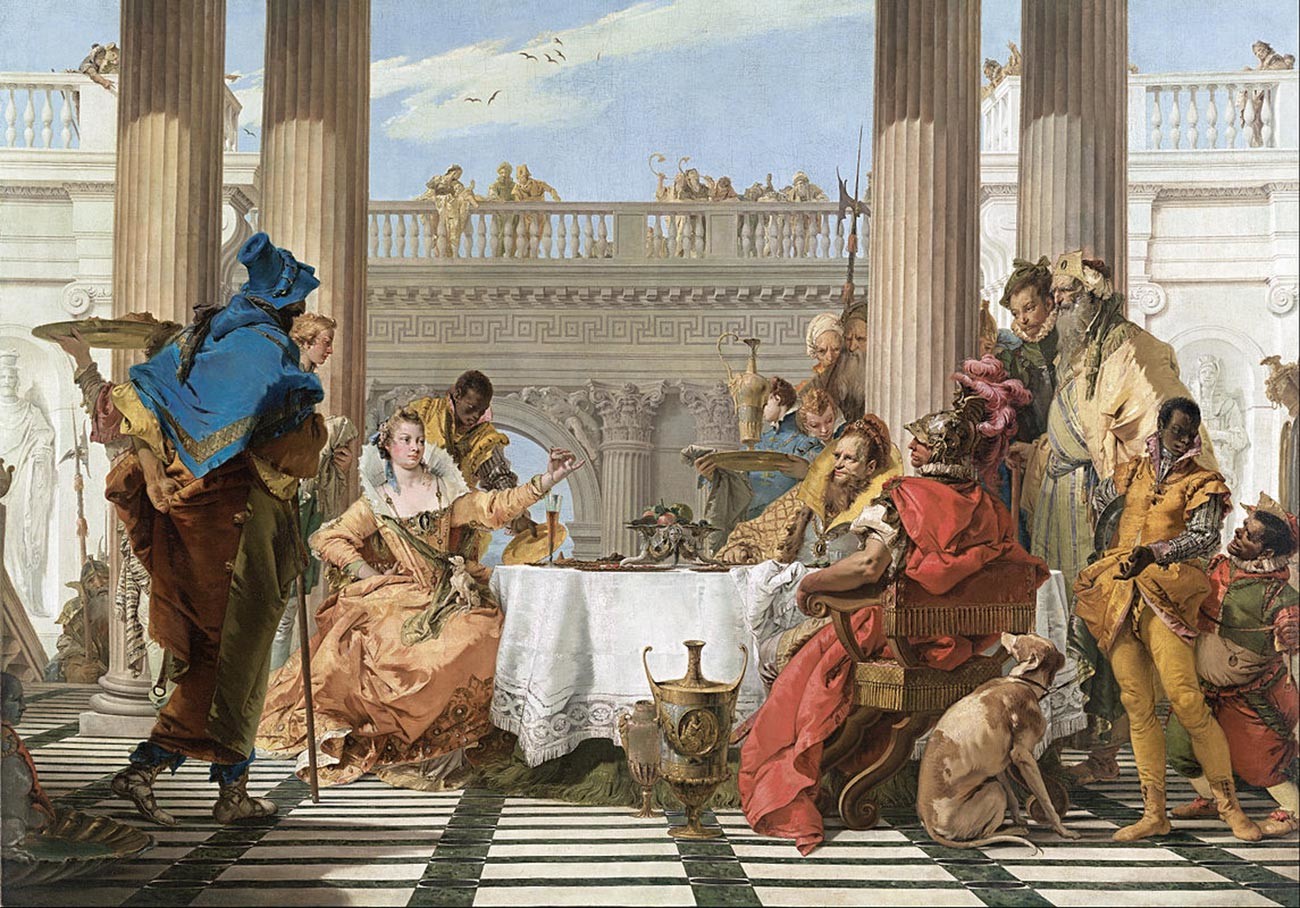 If you use all or part of the content from Russia Beyond, always provide an active hyperlink to the original content.